Pancreas is an organ present in the upper abdomen behind the stomach. It is responsible for secreting enzymes which help in digestion of food. The pancreas also release different hormones like insulin and glucagon which are responsible for maintaining the normal functioning of the body. The pancreas is divided into the head, body and tail. Disease in the structures surrounding the head of the pancreas may require the removal of the head of the pancreas along with the surrounding structures which may include the duodenum, gall bladder, bile duct, some part of stomach and lymph nodes. The surgical procedure for this is called the Whipple procedure or a pancreatico-duodenectomy.

Whipple procedure is a complicated and long procedure that may take about four to twelve hours. After reaching the hospital you will be admitted and asked to change into a hospital gown in preparation for the surgery. A member from your treatment team will insert an intra venous line, generally in the arm, for administration of fluids and medications during the surgery. Whipple procedure is done under general anaesthesia; an epidural catheter may be put in place to provide pain relief during your recovery period. You will be administered anaesthesia after you reach the operation theatre. As the effects of anaesthesia set in, a catheter may be inserted into your urethra to drain the urine during the surgery, another set of intra venous line may also be introduced if necessary. After the anaesthesia sets in there are three different ways in which the surgery can proceed.

Open surgery is the most common method by which Whipple procedure is done. For this procedure the head of the pancreas, part of duodenum, gall bladder, bile duct and sometime some part of stomach and surrounding lymph nodes are removed. The remaining part of the pancreas is attached to the small intestine. The stomach and the bile duct are also connected to the small intestine to allow normal digestion with the passage of food down the gut.

Whipple procedure is an indication for patients with:

The goal of the procedure is to remove the diseased organ and prevent the spread of the disease. 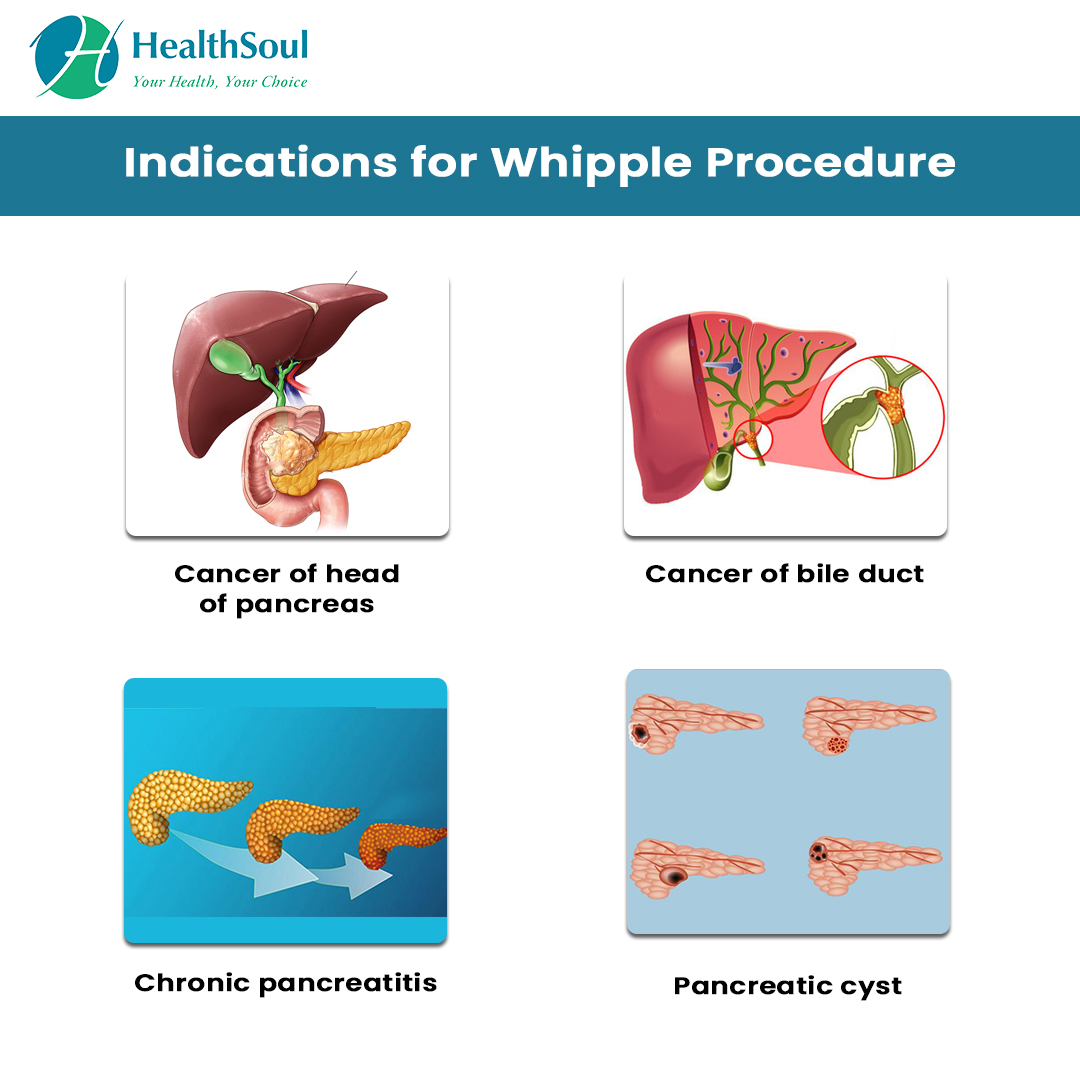 The complications encountered after the procedure are:

After the surgery you will be continuously monitored as the effect of anaesthesia wears off. As you regain consciousness you will be encouraged to start walking as soon as you can. Your diet will be advanced slowly from liquid to solid depending upon your health status. Most patients spend around a week in the hospital after the surgery. After being discharged it is advisable to abstain from strenuous activity for some time. Most of the individuals undergoing Whipple procedure are able to return to their normal routine within four to six weeks.

Learn about a General Surgeon: Diseases They Treat and When to See One?

A general surgeon is a medical professional who performs surgery on patients. General surgeons typically perform common surgeries and have attended college a...

Gall bladder is a pear shaped organ located in the right upper abdomen under the liver. This organ is responsible for storing and concentrating the bile, pro...

Appendix is a small tubular pouch attached to the beginning of the large intestine. Inflammation of the appendix leads to appendicitis the symptoms...

Hernia repairs are fairly common procedures in the whole world. What is a hernia, though? A hernia is the result of the inner layers of your abdominal muscle...