Home > Blog > Internal Medicine > Is it Safe to use DHT Blocking Shampoos to Prevent Hair Loss?

Is it Safe to use DHT Blocking Shampoos to Prevent Hair Loss? 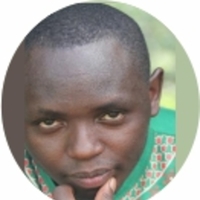 Ever wondered how your once full hair became scanty?

Keeping what’s left of your hair is now one of your topmost priorities, and I’m happy about that. Alongside other exciting methods, you must have also heard of the usage of DHT blocking shampoos to prevent hair loss.

Shall we dive into the fascinating world of DHT blocking shampoos?

Dihydrotestosterone(DHT) blocking shampoos comprises three active ingredients- ketoconazole, biotin and natural ingredients such as pumpkin seed oil. Ketoconazole works by disrupting the DHT pathway in the scalp. Biotin is not particularly linked with the DHT but it has a measurable effect on hair growth. Natural ingredients such as pumpkin oils and certain vitamins present in these shampoos have been proven to increase the hair count by as much as 40% over the course of 24 weeks.

DHT blocking shampoos have become increasingly popular amongst men who have the fear of getting bald. Because DHT shampoos have been tested and trusted with respect to treating hair losses, we should keep in mind, the side effects of such treatment.

Scalp irritation is one of the side effects of DHT shampoos that possess ketoconazole.

This might come as a surprise to most people but, it is as true as Donald Trump’s presidency over the United States of America. Sigh! The purpose of DHT shampoo is blockage of Dihydrotestosterone. Mind you, this hormone is 10 times more potent than testosterone, meaning it is a vital component of your sexual health. Most of the men using DHT shampoos have a low desire for sex. For most, it is a deal-breaker. There are other methods for regrowing hair to be considered if this side effect sends pangs of fear clawing at your heart.

What do you think gives those long-lasting erections? Allow me to be of help- testosterone. If you block testosterone, even DHT you won’t be having those erections as before. Thanks is a consequence of a lowered sex drive. Also, the body needs a certain amount of hormones at specific places to work at its optimum capacity. Blocking a few hormones- such as DHT can cause an imbalance in the hormonal level of the body leading to higher production of estrogen and androgenthan is healthy, leading to prostate problems.

If you are a fan of beards as a guy, my advice is to stay clear of these shampoos. If you want to grow a manly beard - DHT is crucial for that, as testosterone primes the follicles but it appears to be DHT which promotes linear growth. So the next time you walk past the mall, rethink before buying that shampoo!

Individuals intending on using DHT shampoos should be aware of the risks involved. Firstly, there is little or no testing to ensure that these shampoos are safe. Manufacturers could just mix several ingredients which intend to block DHT, without adequately profiling the side effects of those ingredients on the body’s several organs.

Secondly, not all DHT shampoos found out there are truly effective. Falling into the hands of wrong manufacturers means using an ineffective shampoo and losing money. You wouldn’t want that now, would you?

Duncan Kingori From Perfect Hair Health has been in the writing profession for a decade now. He has great experience writing informative articles and his work has been appreciated and published in many popular publications. His education background in communication and public relations has given him a concrete base from which to approach different topics in various niches.

Ebola Virus Disease (EVD) is a rare and deadly disease with a high mortality rate. It was first reported in 1976 near River Ebola in the democratic republic ...

Stress & Hair Loss - How Anxiety Can Lead To Hair Thinning

Stress is the reaction of the body to any change that requires an adjustment and response. The body’s reaction to these changes in the form of physical, ment...

Lead poisoning occurs when your body accumulates too much lead over the course of months or even years. While more common in the developing world, the illnes...

If you're the parent of a small child, then you've probably heard of well-child care visits. Child well-care visits are special doctor visits where parents g...