Most of us have seen the effects of Parkinson’s disease, whether it was with a family member or world-famous star. This disease seems to have no discrimination or bounds. The progression of its pathology, and consequently it’s symptoms, is exceedingly slow, which has proven a barrier in identifying and studying it. However, this disease has received a lot of attention in recent years, which has enabled scientist to discover its nature and offer potential treatments.

What is Parkinson’s Disease?

In order to understand potential treatments, it is necessary to understand the pathophysiology of Parkinson’s. Parkinson’s is characterized by low levels of dopamine. To clarify, dopamine is a neurotransmitter that is highly involved in the processes of the substantia nigra. The substantia nigra is connected to the basal ganglia, which is a subcortical structure that deals with motor functions, reward, communication to other structures, etc.

Typically, Parkinson’s presents with dysfunction in the substantia nigra but it can spread to the other structures within the basal ganglia as the disease progresses. In the case of dopamine levels that are considered within a normal range, the dopamine neurotransmitters will communicate with the nucleus accumbens to control motor movement. As dopamine levels fall in Parkinson’s patients, this ability to control motor functions, as well as access some types of memory, becomes more difficult. 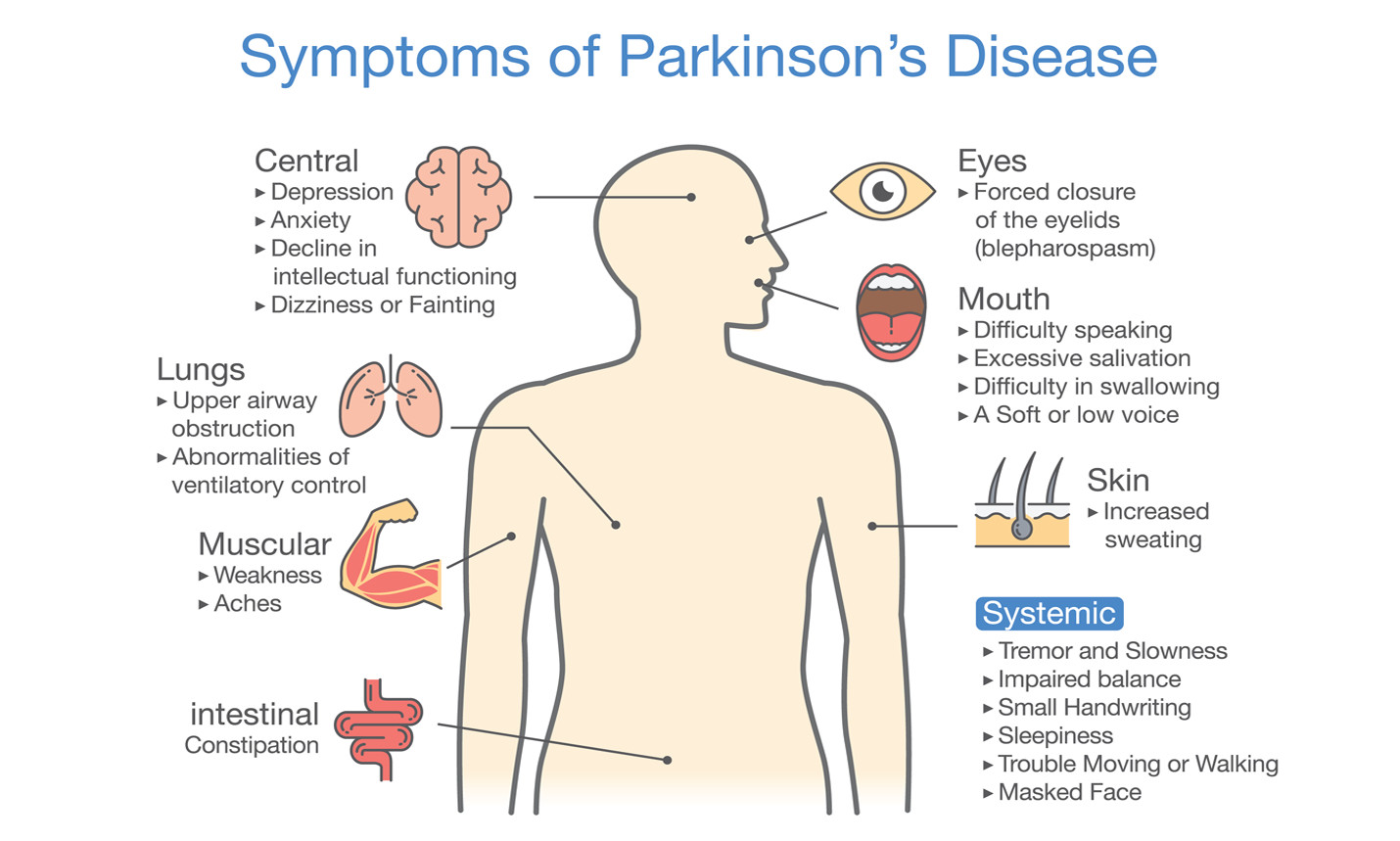 What Treatments Have Come From These Findings?

Currently, the most widely used medication for Parkinson’s disease is L-Dopa, or Levodopa. Levodopa is actually dihydroxyphenylalanine, which is a precursor for dopamine. Essentially what this means is that when L-Dopa is introduced to the human body, the dopaminergic neurons will use the amino acid building blocks that make up dihydroxyphenylalanine to make dopamine. At first, this finding showed a lot of promise in the way of treating neurodegenerative disorders, like Parkinson’s. However, time has shown that the benefits of L-Dopa wear off over time and can even begin to cause involuntary movements.

Consequently, the search has begun for more effective and longer lasting treatments that would offer less side effects. Last year, the FDA approved the drug amantadine as a treatment for Parkinson’s. Amantadine wasn’t initially intended for the treatment of Parkinson’s. In fact, this medication was developed and initially used for anti-viral purposes. After the positive motor effects were seen in Parkinson’s patients in nursing home settings, studies were developed to investigate. During a Phase 3 study, patients reported a 37 to 46% reduction in dyskinesia symptoms and a 3.6 to 4 hour increase in the duration of symptom-free time.

Another potential pharmacological treatment for Parkinson’s that is in the very early stages of research is D-512. D-512 is chemically 6-hydroxydopamine, which is a neurotoxin that acts on dopamine receptors within the aforementioned nigra striatal pathway. Preliminary studies involved injecting D-512 into the medial forebrain bundle of laboratory rats. These studies showed that D-512 was able to notably reduce akinesia in forelimbs. This likely will lead to further investigation before it will reach human clinical trials, but these early results are promising.

Fats have received a bad reputation. With the dozens of fad diets out there, it’s easy to become confused about exactly what you should be eating. One diet w...

Traveling Abroad with InsuranceWith a travel medical plan, the focus is on emergency medical and evacuation costs. Travel health insurance plans are priced b...