Moles are usually dark colored skin growths which are very common. Medically they are called as nevi. Most people have around 10 to 40 moles. They occur because pigment producing cell in the skin grows in clusters. Some of them show changes with the time, becomes lighter or darker. Change in a mole or appearance of new mole in an adult can be a sign of melanoma. Melanoma is the most serious cancer of the skin. If detected early it is highly treatable. 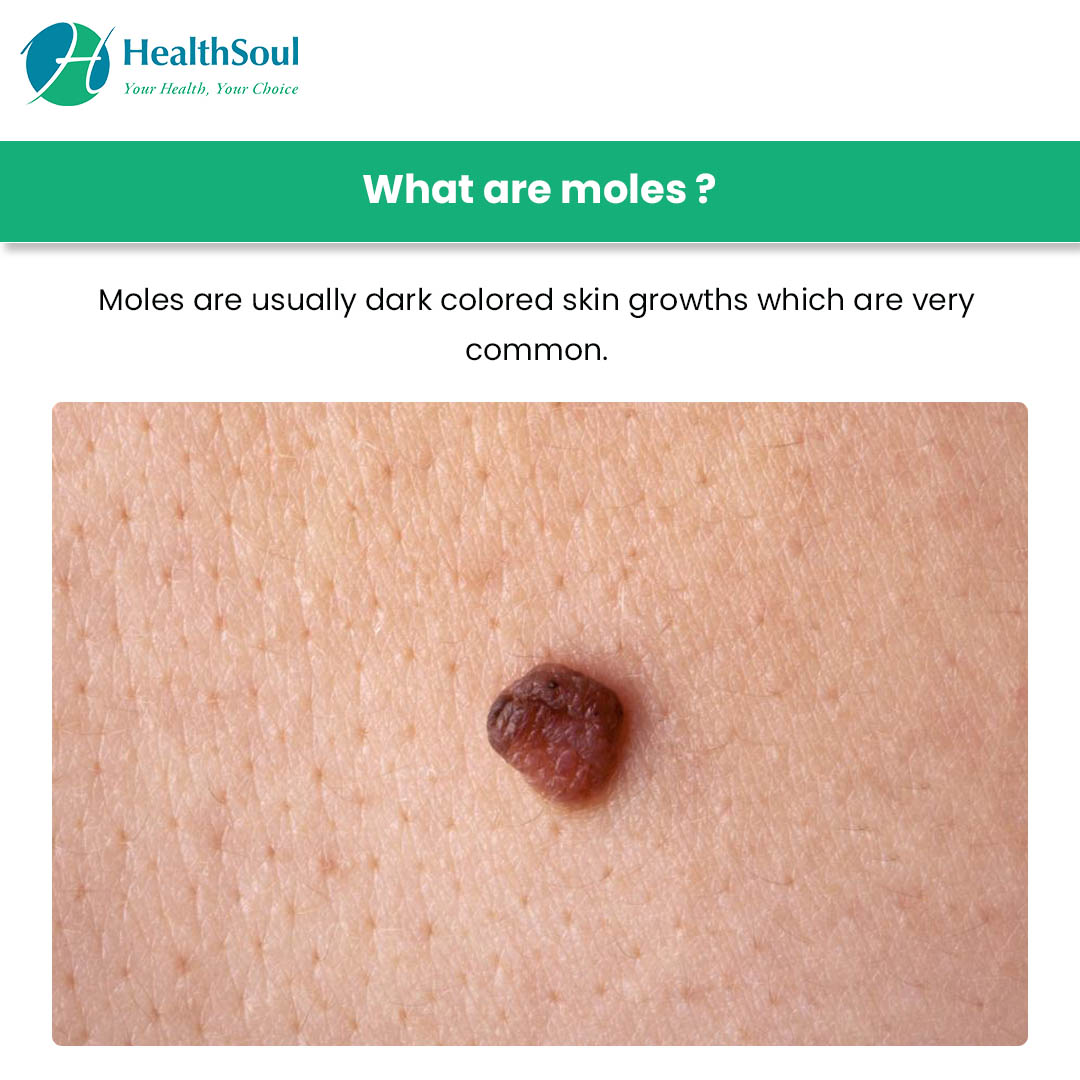 Symptoms and features of Moles

The mole on your body can have following features

On the basis of features mole are of generally three types 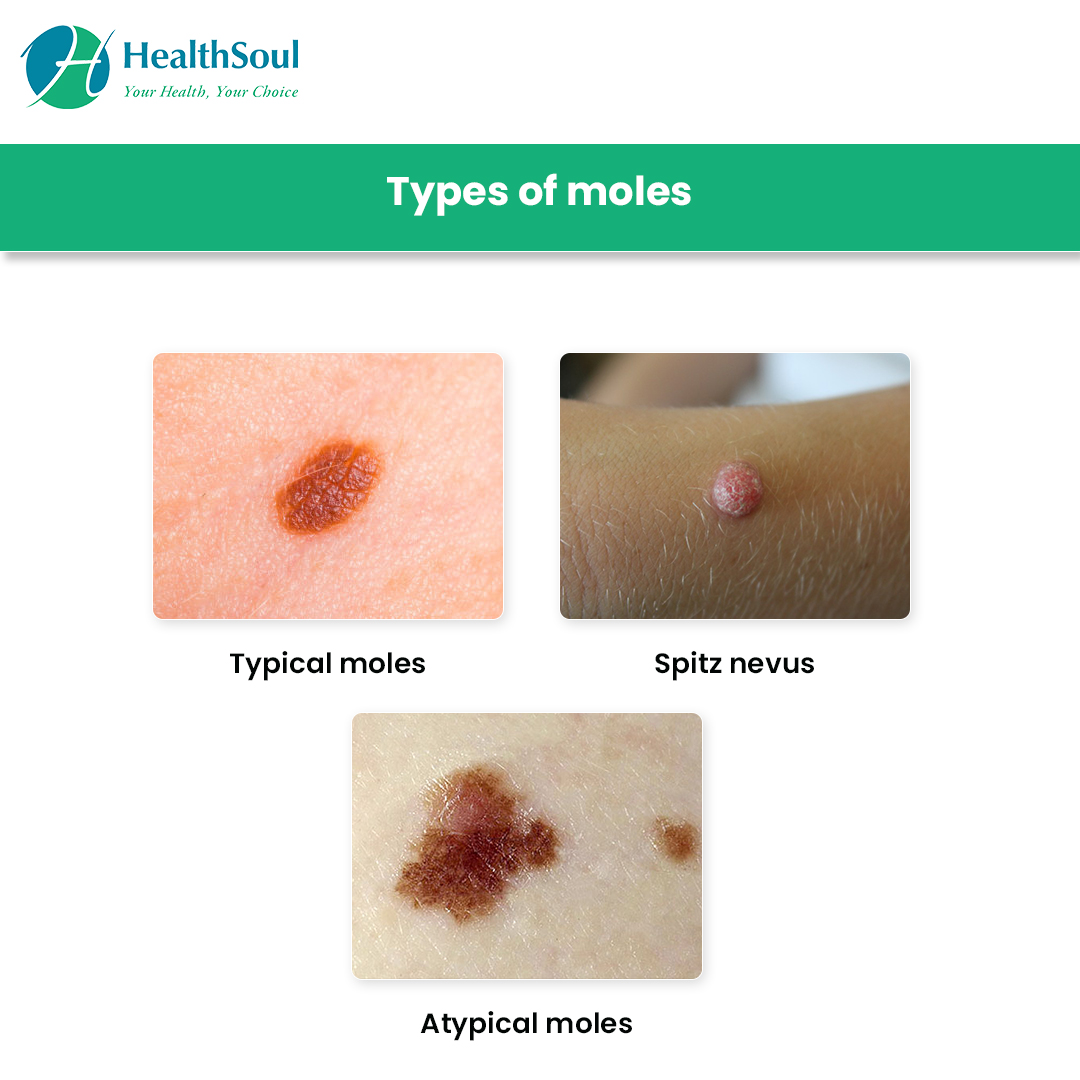 Your doctor will easily tell a mole just by looking at your skin but he may ask some questions about your medical or family history about moles.

Most moles need not to be treated or removed. Your dermatologist will remove a mole if

Your mole is thought to be cancerous

There are two procedures for mole removal