Home > Blog > Health News > How Air Pollution Affects Your Brain, and What You Can Do About It

How Air Pollution Affects Your Brain, and What You Can Do About It

Breathing polluted air is obviously bad for your lungs, but did you know it’s bad for the brain as well?

Air pollution is made up of harmful chemicals and metals that can penetrate deep into the lungs as well as the brain. Several studies from around the world have found that residents of heavily polluted cities often have reduced brain function, including memory.

Recently, a London-based study published in BMJ Open found evidence that increased exposure to nitrogen dioxide (NOx) and other toxic air particles increase the risk of dementia – the leading cause of death in both England and Wales.

Researchers studied the anonymous health records of 131,000 adults aged 50 to 79 with no recorded history of dementia as of the year 2005. The records came from 75 general practices within the target area, and the patients’ health records were tracked for approximately seven years, until they either left the practice, were diagnosed with dementia, or died.

Of the 131,000 patients, 2181 (1.7%) developed dementia between the years of 2005 and 2013. Specifically, researches found that patients living in the study areas with the highest levels of air pollution had a 40% greater chance of developing dementia than those in the lowest pollution areas.

While scientists say that the results should be cautiously considered, there is a growing amount of evidence linking the effects of pollution and memory loss. 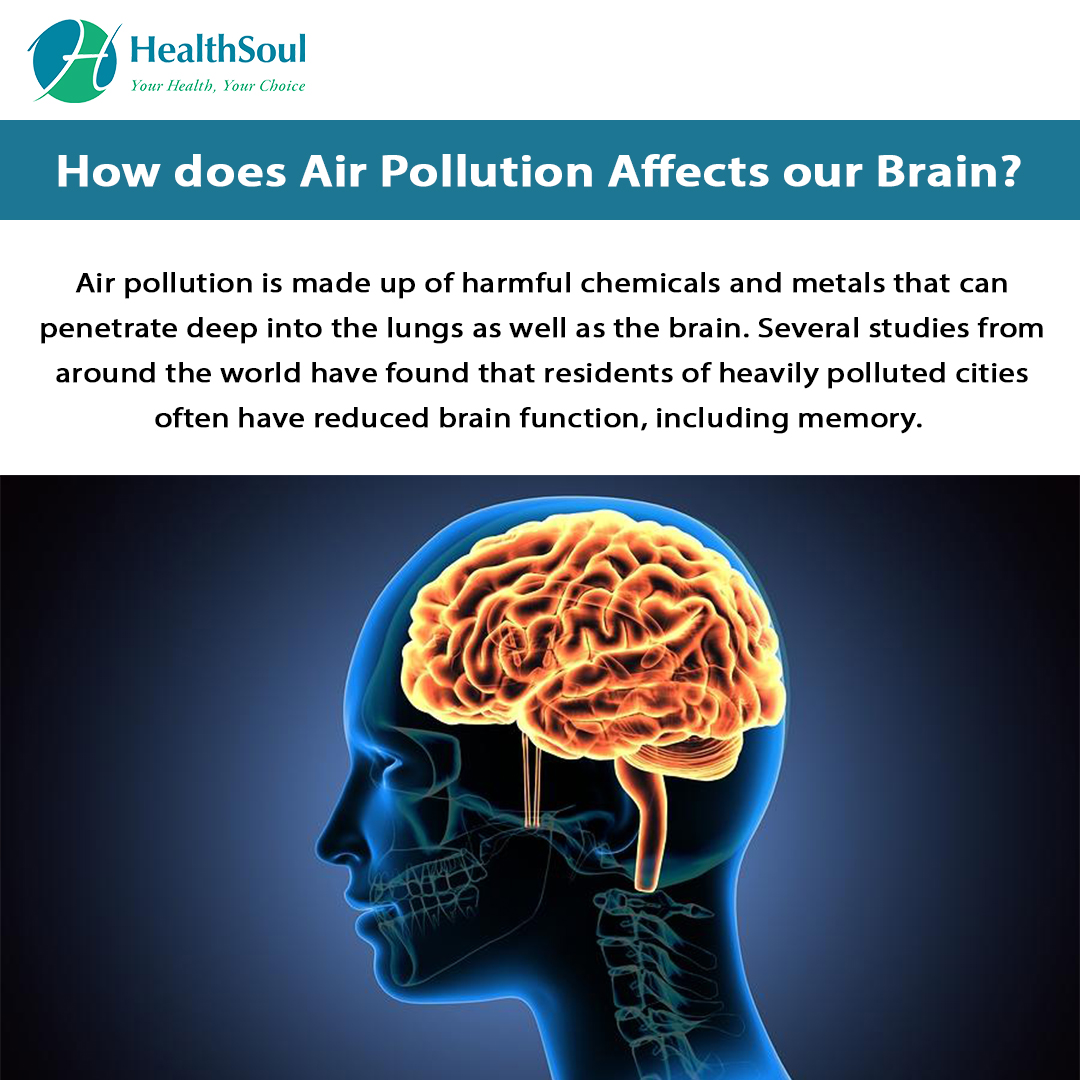 So what can you do?

Pay attention to air pollution forecasts in your area. The American Lung Association’s tools at stateoftheair.org can keep you updated daily. Or check out the Environmental Protection Agency’s (EPA) Airnow.gov.

Don’t exercise outdoors when pollution levels are high. Find indoor methods for exercising, whether it’s at the gym or a walk around your local mall. Limit the amount of time your kids play outside when pollution is high. If you are going to be outside, try to limit it to the mornings and evenings, as pollution is worst when the sun is at its highest.

Don’t walk or ride your bike near high traffic areas.Vehicles on busy roads can raise pollution levels for up to a third of a mile away. So even if the air quality forecast is good, high traffic areas can have high levels.

Turn the knob to recycled air in your car. This introduces fewer pollutant partciles in your car from outside.

Eat foods that protect your body:- Foods that are rich in Vitamin A and beta-carotene help protect your nasal passages. Vitamin E increases the oxygen supply to your blood vessels. Selenium protects against free-radical damage. Vitamin C helps you heal faster. Additionally, new studies point out the long-term effects of eating fruits and vegetables to improve memory.

Be energy conscious yourself. Reduce your electricity usage. Carpool. Plan out your errands so you maximize your route and minimize emissions. Use electric power tools instead of gas-powered ones. Be part of the solution. For more ideas, visit the EPA’s Pollution Prevention Week pages for tips on conserving energy at home and work.

Multiple sclerosis is a disease that attacks the central nervous system. The current estimate is that there are 2.3 million people with this disease globally...