About IUDs: Types and Benefits

An IUD is a safe and effective type of birth control for women. It’s long-lasting and fits right into the uterus to prevent pregnancy. The term IUD stands for intrauterine device. It's shaped like a “T” and prevents pregnancy by preventing sperm from reaching the eggs. 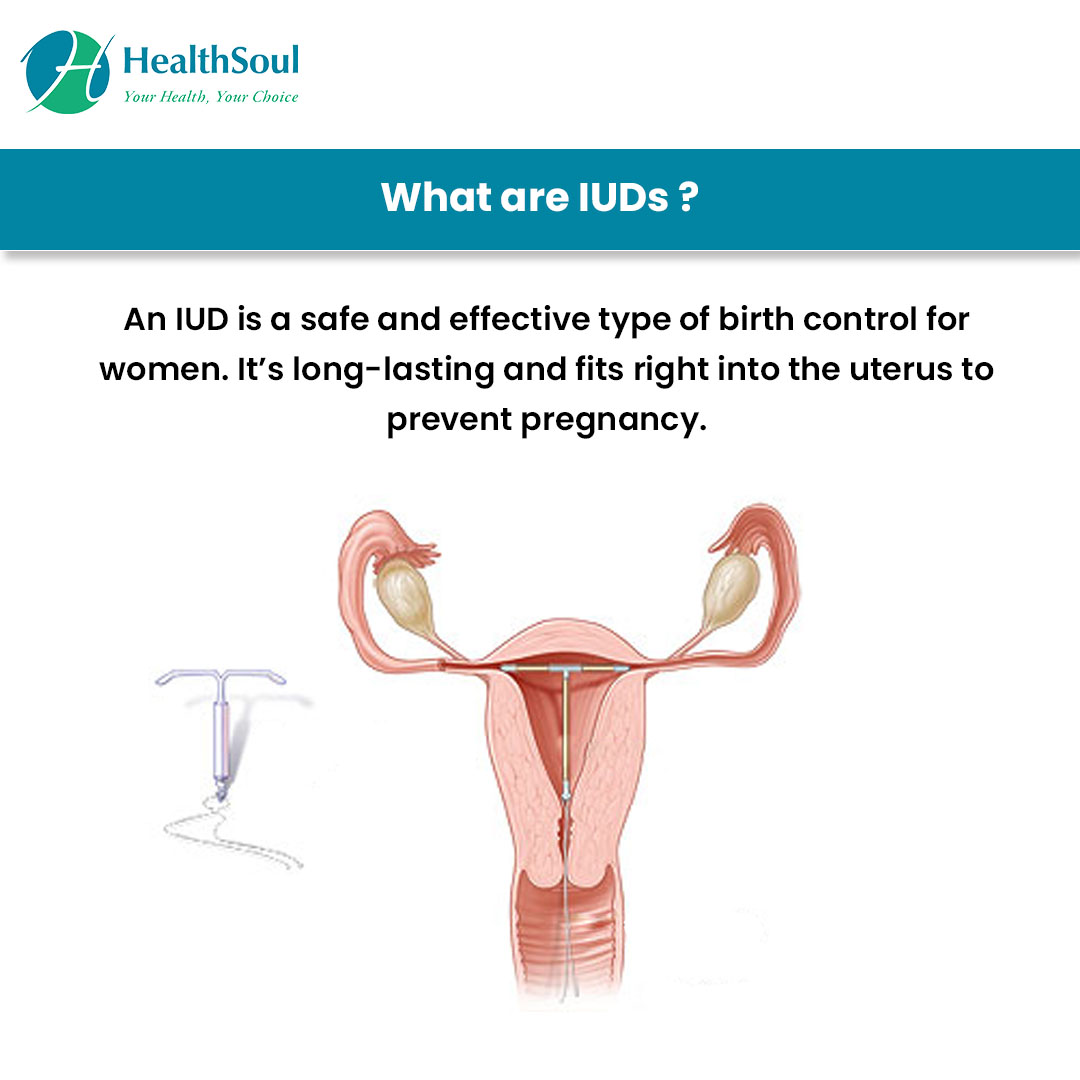 Currently, there are five types available to women in the U.S., including Liletta, Mirena, Kyleena, Skyla, and ParaGard. The first four work by releasing small amounts of progestin into your body. Progestin is the same hormone commonly used in birth control pills. ParaGard, also known as the copper T IUD, is hormone-free and works by triggering your immune system into preventing pregnancy. It's also longer lasting than other IUDs.

When used correctly, IUDs are highly effective at preventing pregnancy. In fact, with an IUD, most women have a less than 1 percent chance of getting pregnant.

There are many benefits linked to IUDs. For women with heavy, painful periods, some IUDs alleviate the pain and promote lighter periods. Other benefits include the following: 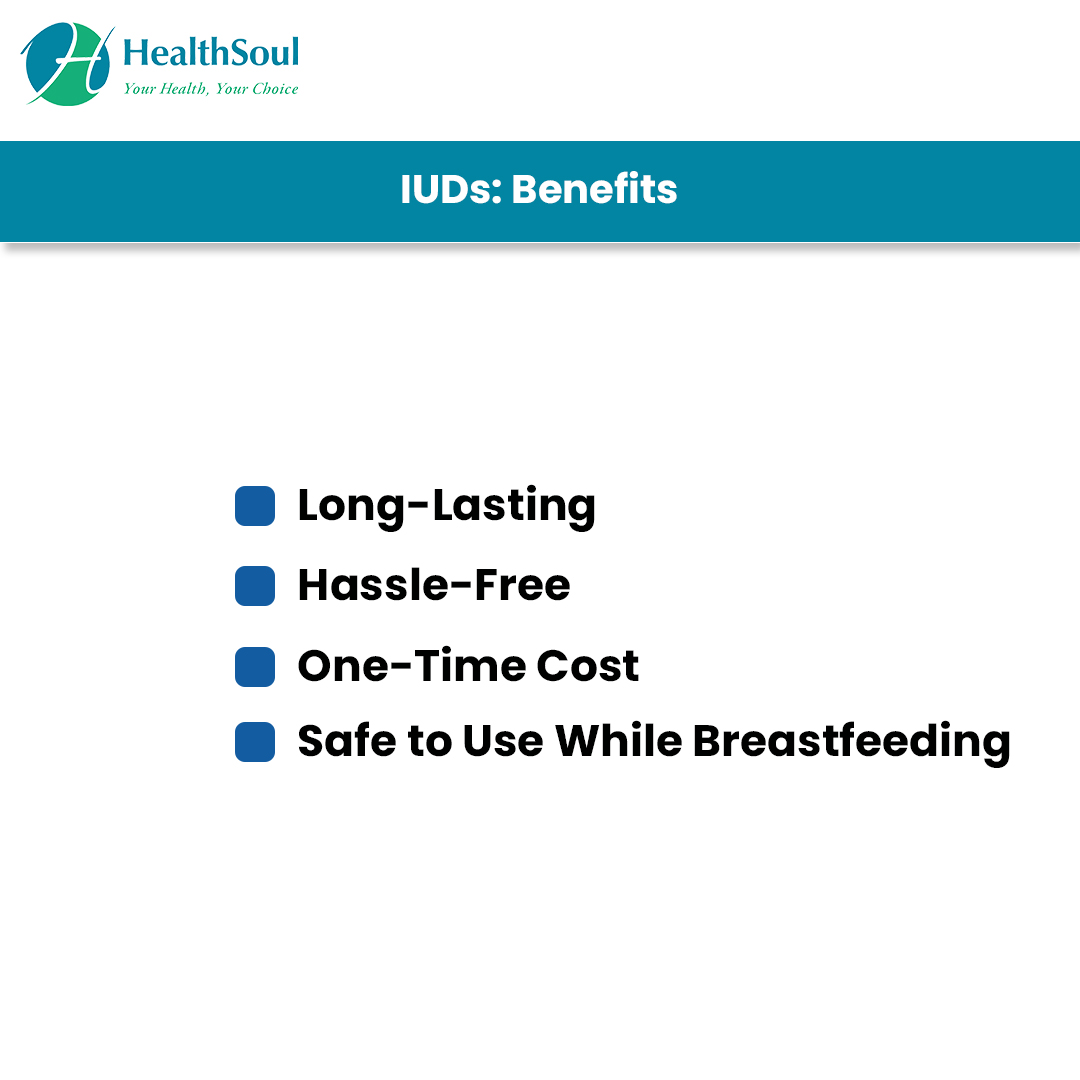 As an added bonus, many women can use IUDs as long as they're healthy. However, in some cases, your doctor may advise against using them, including if:

Also, if you're allergic to copper, you should avoid using the copper IUD. You should also avoid the four hormonal IUDs if you have:

When you visit your doctor's office for an IUD, he or she may recommend you take ibuprofen or another type of over-the-counter medication prior to the procedure. During the office visit, it will begin similar to a Pap smear. You'll lie back and put your feet in stirrups. From there, your doctor will put the IUD device into a small tube and insert it through your cervix into the uterus. Once done, he or she will push the device from the tube and remove the tube. IUDs have strings attached to them that typically hang an inch or two into the vagina.

For many women, it's an uncomfortable procedure that may result in bleeding and cramps. However, with over-the-counter pain medication, the pain and bleeding usually go away within a few days.

Once inserted, the IUD will begin working almost as soon as it's in place.

IUDs: How Long Do They Work?

Depending on what type of IUD you get, it might work for three to 10 years. For example, Liletta and Skyla are effective for three years. Mirena and Kyleena work for about five years, and ParaGard is effective for 10 years.

To ensure it's working properly and remains in place, your doctor will check its placement during regular office visits. However, in rare cases, it may fall out. This may happen if: 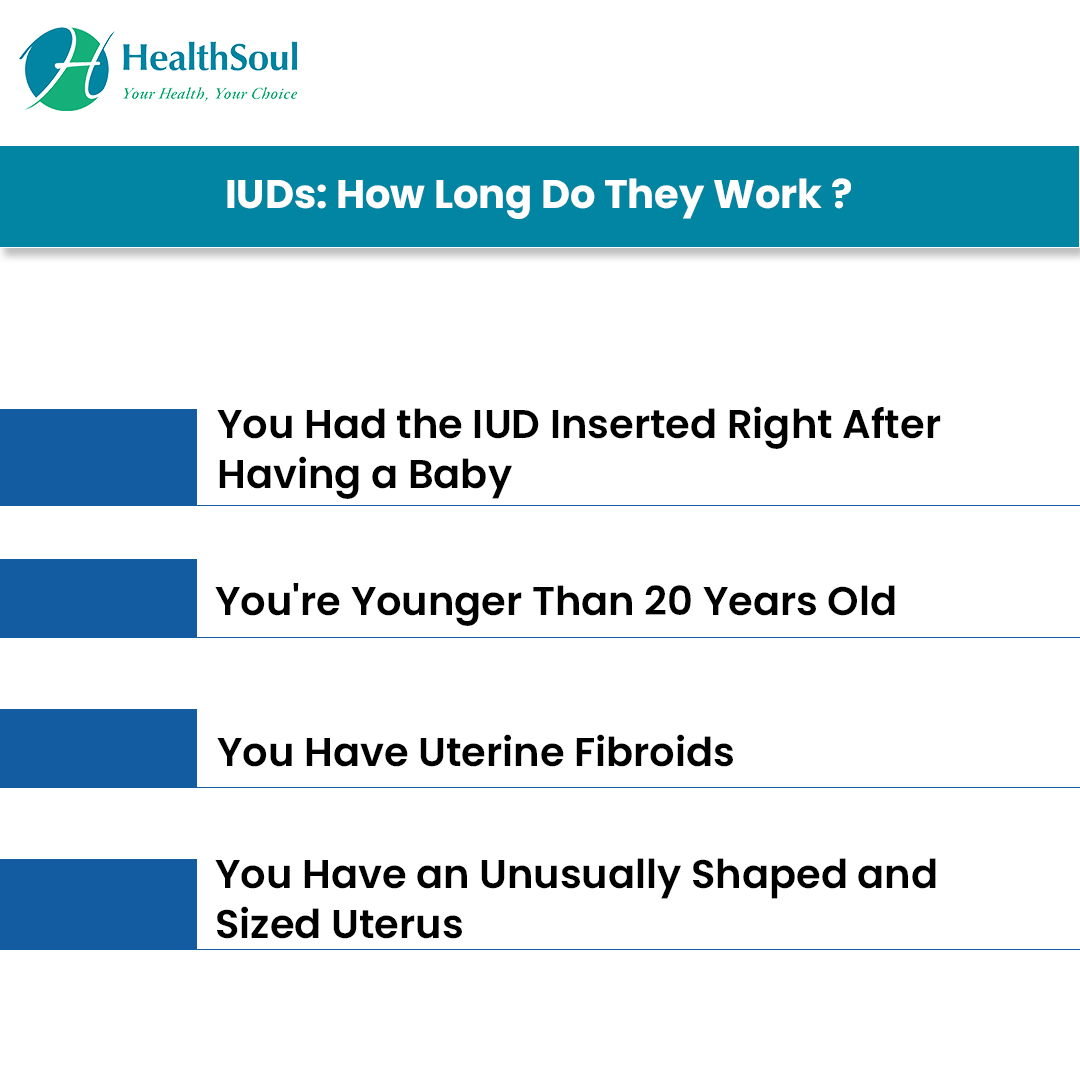 If you choose to have your IUD removed one day, the process is simple and only takes a few minutes. Similar to getting an IUD inserted, you'll visit your doctor's office and put your feet in stirrups while your doctor removes the IUD with forceps. After the procedure, you may experience bleeding and cramping for a couple of days.

Braxton Hicks contractions are irregular, brief periods of uterine contraction felt by women who is pregnant which do not signify true labor pains. These con...

Infertility occurs when a couple is unable to conceive. It can affect both men and women, and 15 percent of all couples in the United States are struggling w...

Oophorectomy is a surgical procedure for the removal of ovary(s) from the body. Ovaries are a part of the female reproductive system; they produce an eg...

A pap smear is used as a screening test for cervical cancer. It involves scraping cells from the cervixto look at whether there are any precancerou...