Your heart is made of four chambers, the left and right atrium, and the left and right ventricle. The healthy heart beats regularly to pump blood to the body. Each heart beat is triggered by an electrical signal from a group of special cells in the wall of the right atrium, which are together called, the sino atrial node (SA node). The electrical signal then travels through the wall of the atria and reaches another group of special tissue called the atrio ventricular node (AV node); from here the electrical impulse is transmitted to the wall of the ventricles to signal contraction.

Disorders in the atria or the AV node may lead to irregular and rapid contraction of the heart called Supraventricular tachycardia (SVT). This condition is caused due to abnormal electrical signalling.

What is SVT Ablation? 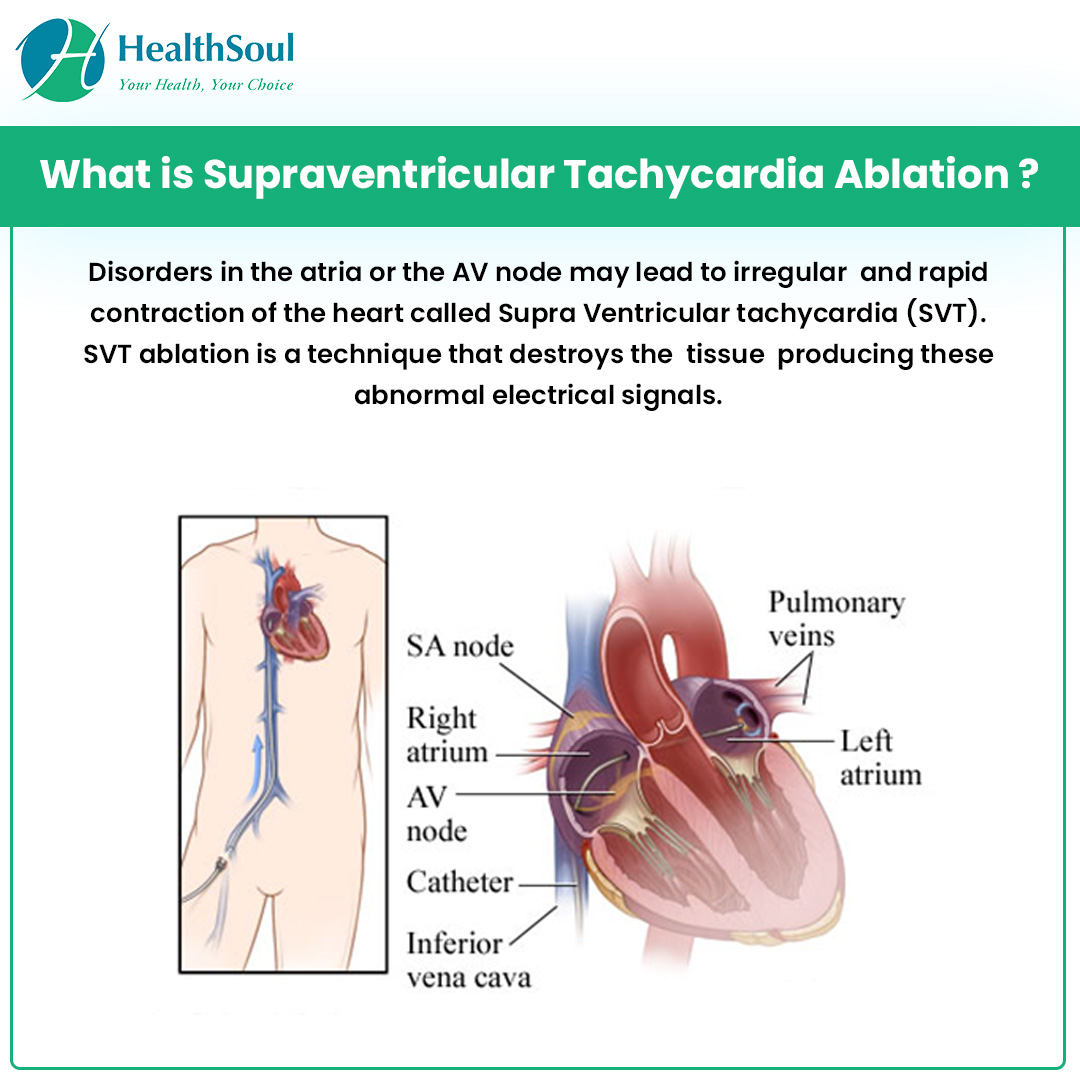 For this procedure your Cardiologist might give you a sedative to help you relax during the procedure. As the sedative starts taking effect, your surgeon will numb a small area near your groin. A needle is inserted into a vein in your groin followed by a straw thin tube called a sheath. After that your surgeon will gently guide a catheter through the sheath to your heart. The progression of the catheter can be monitored with the help of x ray. Electrode catheter will then be introduced through the sheath and guided into your heart. These catheters can detect and produce electrical signals; with their help your surgeon will locate the tissue that is the source of the abnormal electrical signals. After identifying the location your surgeon will ablate it with the help of extreme heat (radiofrequency ablation) or cold (cryoablation).

SVT ablation is indicated for individuals with SVT including: 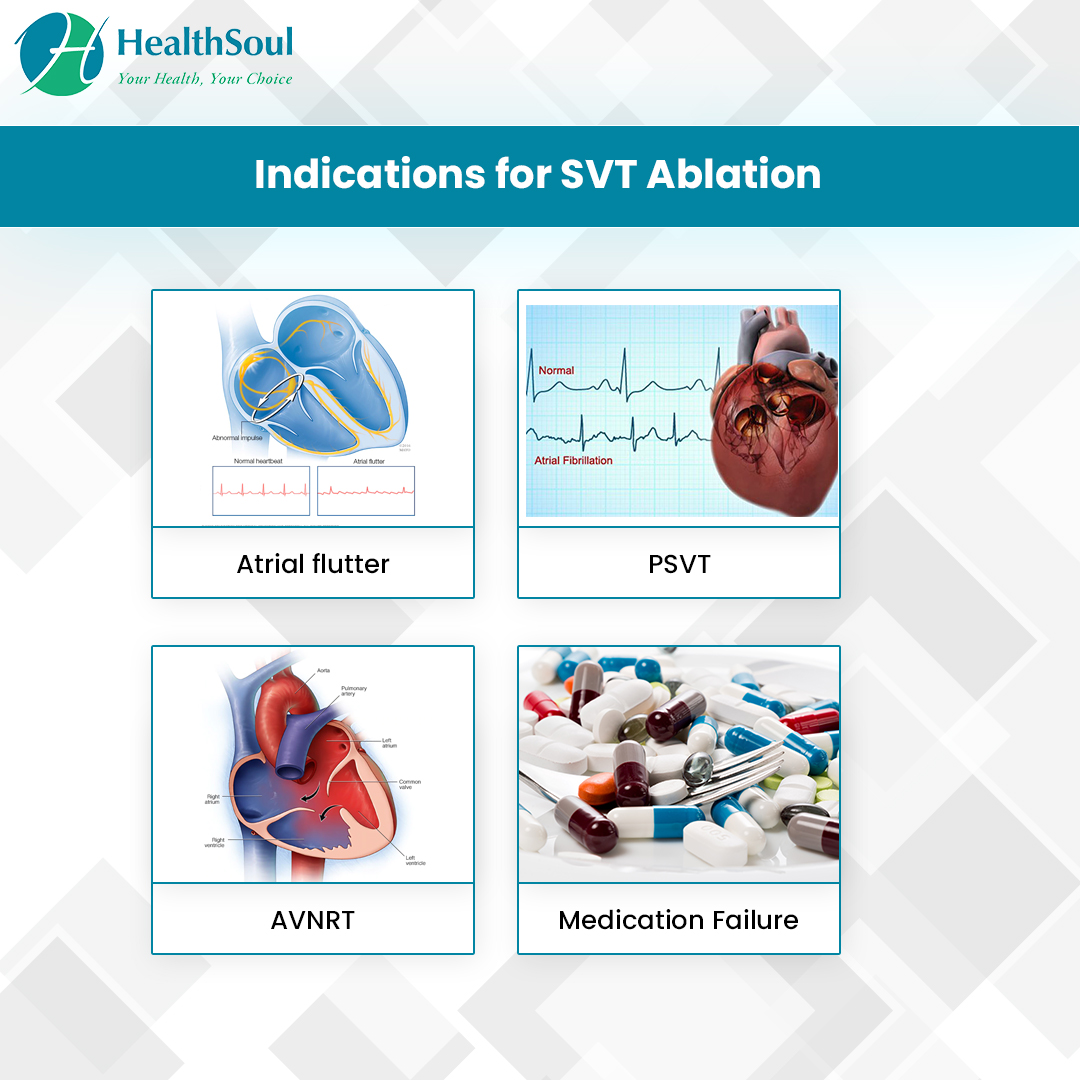 Before the surgery your doctor would like to order a battery of tests to evaluate the health of your heart; these tests include an electrocardiogram, echocardiogram, holter monitoring and sometimes a stress test. In preparation for the procedure your doctor will ask you to stop eating and drinking eight hours before the surgery. Your doctor would like to know about the medications you’ve been taking till then and might make some changes to them. Inform your doctor about any allergies to particular medications that you might have. It is advisable to arrange for someone to drive you home after the procedure.

Complications associated with SVT ablation are:

You will be required to stay overnight in the hospital for monitoring. Your doctor will advise you to refrain from participating in heavy physically activities for a few days after the surgery. Contact your doctor immediately if you experience any of the following:

How Much Sodium is Too Much?

Shortness of Breath: Causes and Treatment

The Risks of Depression with Cardiovascular Disease

How Shift Work Increases Risk of Cancer and Heart Disease