Spending Time with Grandchildren May Help You Liver Longer

Spending Time with Grandchildren May Help You Liver Longer

That was the finding of 2017 Berlin research study, which examined 500 adults age 70. The study determined that grandparents who babysat their grandchildren had a 37% lower mortality risk than adults of the same age who did not provide care for other people. In fact, they also found similar effects on participants who helped support their adult children and others in their social network who needed assistance.

While the researchers could not say the exact reasons why the death rate was so much lower, the thought is that taking care of grandkids or helping others keeps seniors physically active and relieves stress. These ideas are backed up by several additional research studies, which determined that spending time with grandchildren has numerous health benefits.

Here are some of the biggest advantages of spending time with grandchildren: 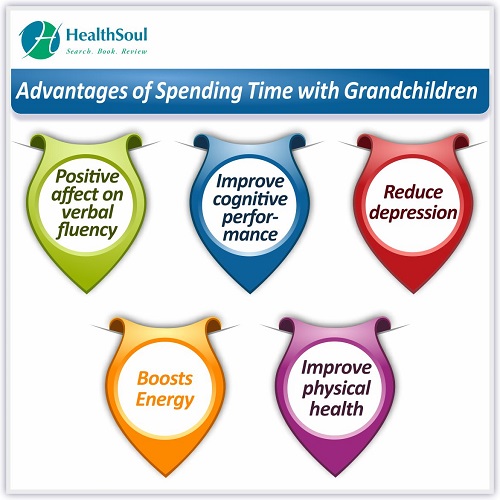 While spending time with grandchildren has many health benefits, in some cases, grandkids can be too much of a good thing. Studies have found that grandparents who watch their grandkids five days a week or who actually raise their grandkids full-time had more stress and increased health issues. When it comes to grandkids, there has to be a balance that allows seniors to stay active but not overdo it.

To read more articles on health and aging, visit www.healthsoul.com/blog.

As the Coronavirus pandemic continues to sweep across the globe, people are dealing with many fears surrounding their senior relatives. We know that those ov...