What is SMILE eye surgery ?

SMILE is an easy to remember acronym used for a laser eye surgery known as Small Incision Lenticulate Extraction. After the introduction of LASIK surgery for eye surgery, many new advancements have been made so far. One of these is SMILE which has been said to be the world’s most advanced laser eye surgery.

FDA approved its usage in the United stated in September 2016. More than 1 million SMILE procedures have been performed worldwide. SMILE laser surgery is performed using a single laser called as VisuMax femtosecond laser which is the proprietary technology owned by Carl Zeiss Meditec. 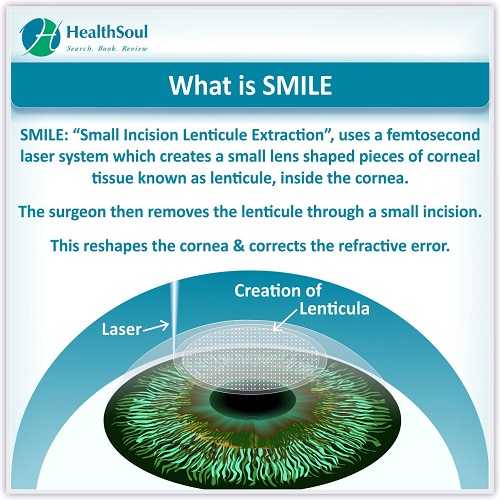 What are the indications for SMILE ? 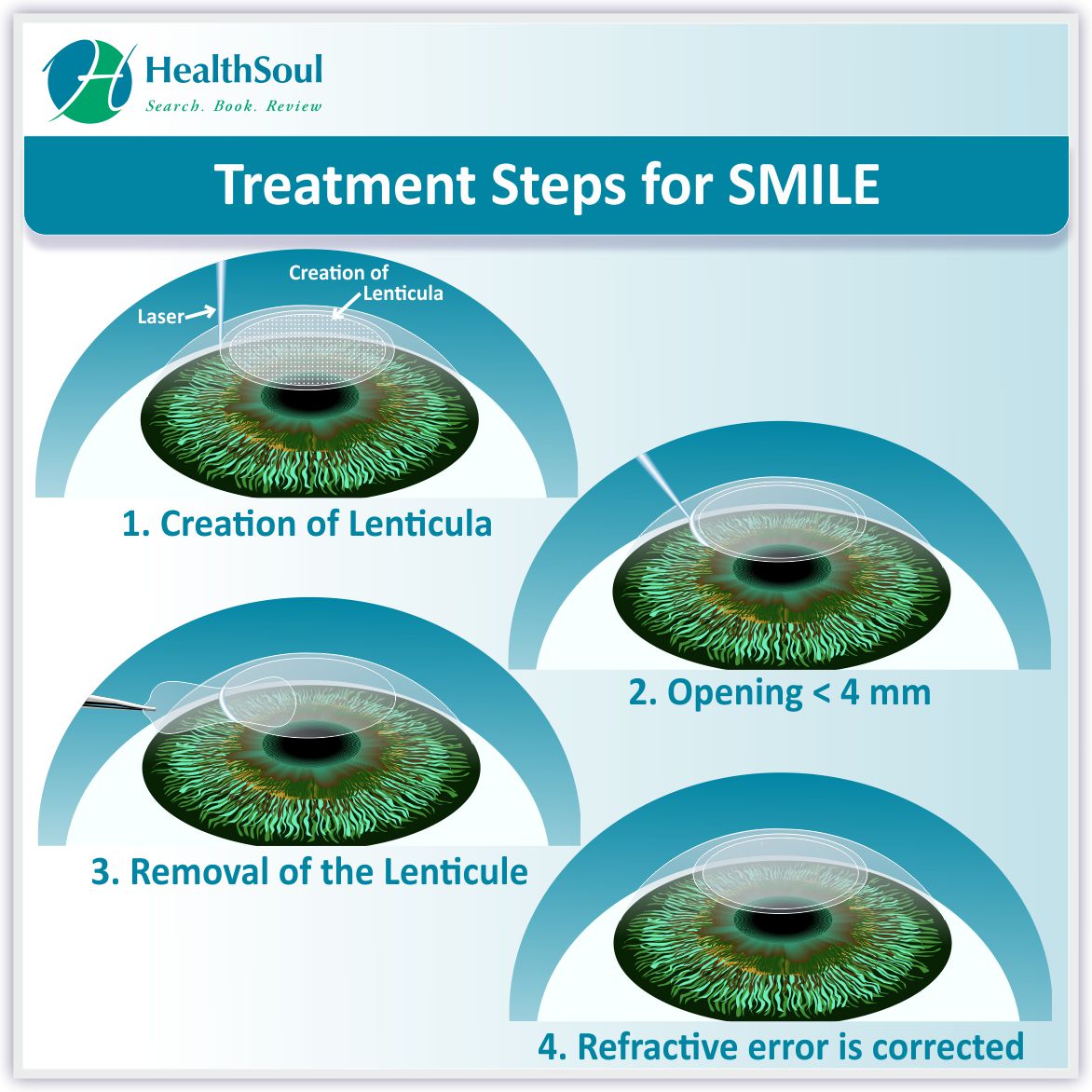 Comparison of SMILE vs LASIK procedure

The objective of the refractive eye surgery to reduce the thickness of corneal tissue. This is achieved by reshaping the cornea with the help of laser. Cornea is comprised of 5 layers. It is the middle stromal layer that is reshaped. We will be comparing the procedure of SMILE and LASIK surgery.

The entire procedure duration varies from 10 to 15 minutes but the time duration for which laser is used is much lesser which is around 25 seconds. 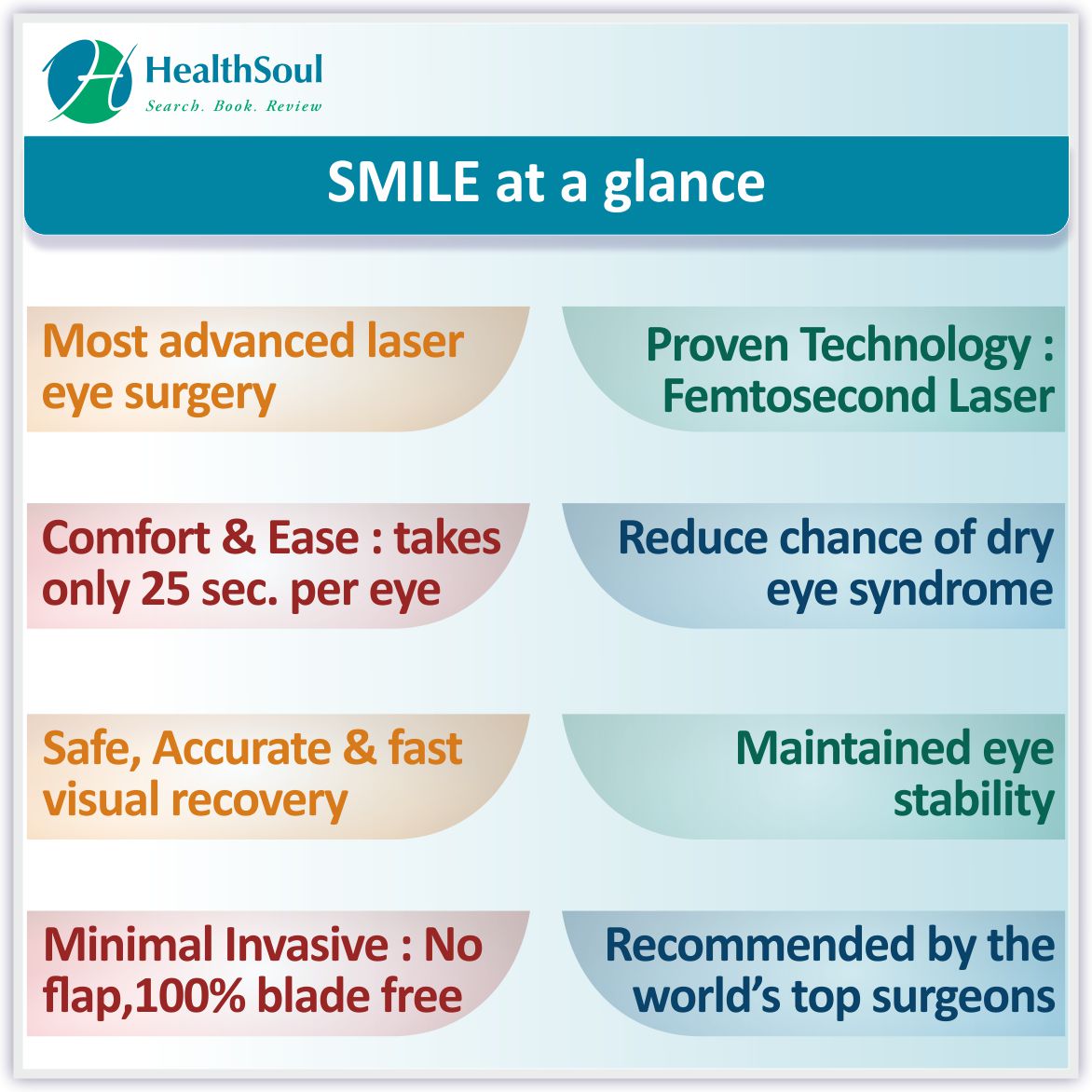 Benefits of SMILE over lasik

It has been found that the SMILE is as safe and accurate as LASIK but there is no WOW effect since the visual recovery is slow. Wow effect is referred to the speedy recovery in clarity of vision after a laser procedure like LASIK, usually within 30 minutes of the procedure but the patient recovery is quick, most people will be feeling great the very next day.

It cannot be used to treat the conditions like

After undergoing a SMILE procedure if someone has a residual refractive error than the best choice to treat additional vision correction would be PRK. High order aberrations (HOAs) that can affect night vision can be treated by LASIK and PRK but not by SMILE. 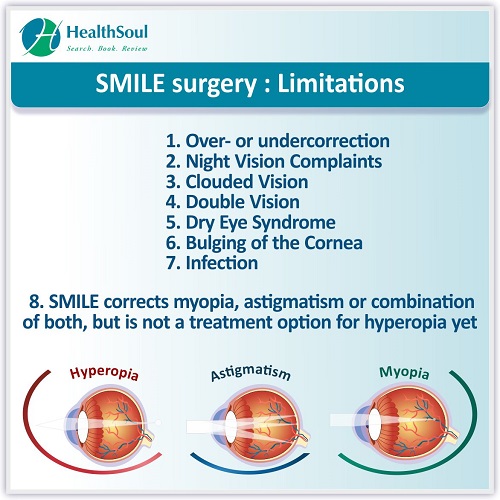 The SMILE procedure like LASIK is a safe, predictable and effective surgical option for the treatment of near-sightedness with reduced chances of flap related complications when compared to LASIK.

Why You Need Regular Eye Exams !!