Puzzles do not help prevent dementia

If you’re a member of the Baby Boomer generation, you may have been brought up doing the daily crossword or sudoku puzzle as a way to not only make you smarter but keep you sharper in later years. Past studies have cited that things like brain teasers, board games, and playing musical instruments may help ward off dementia.

A new study’s findings are questioning that reasoning, however.

Specifically, Dr. Roger Staff of the Aberdeen Royal Infirmity led a team to fully research the link between intellectual engagement and mental ability in later life. The team turned to the Scottish Council for Research in Education’s archives, reviewing the 1947 Scottish Mental Surveys.

Unlike most prior research, Dr. Staff’s study took into account the impact of childhood intelligence, as all the 498 participants born in 1936 had taken an IQ test at age 11. The team found that those who enjoyed brain teasers and other mentally stimulating tasks had better mental functioning than the less intellectually active participants. However, their rate of mental decline from age 11 to around age 64 was the same as those who did not actively do puzzles.

This new study is unique in that it looks at the mental capacity of individuals when they were young and then when they were older and compares. Its findings are different from many other studies that determined brain games may actually help prevent dementia. That being said, it is possible that those who enjoy doing crosswords and other puzzles just typically have a higher mental ability from the start. And if you enjoy doing puzzles, by all means, don’t stop doing them. If fact, the younger you are when you start, the more good they may do overall.

SLOWING DOWN THE RISK OF DEMENTIA

Unfortunately, there’s no definite way to prevent dementia. What is known, however, is that blood flow to the brain is important to reduce the risk of dementia and Alzheimer’s.

The good news is that you can improve your cardio health – which can help fight off dementia, as well as strokes and heart attacks – by doing the following:

Sadly, there is still no definite way to prevent dementia and there is no cure. However, remember that by doing what’s good for your heart and circulation, you are also protecting your mind. 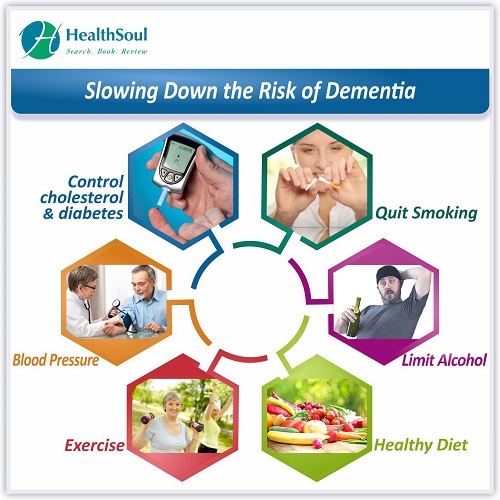 For other articles related to Alzheimer’s and dementia, visit http://www.healthsoul.com/blog.

In-flight medical emergencies are often called IMEs for short. Millions of people fly all over the world, and a lot of them have serious health problems. So,...