Peripheral artery diseases (PAD) are a group of disorders characterised by narrowing of, or obstruction in, the arteries supplying to the hands and the legs. Atherosclerosis, narrowing of arteries due to deposition of fats in the wall, is the leading cause of PAD is individuals above the age of 40. Other causes of PAD are thrombosis, embolism, vasculitis, fibromuscular dysplasia and trauma. PAD may also be an early warning of deposition of fat occurring in the arteries supplying to other organs like the heart or the brain.

The major cause of PAD is atherosclerosis. This condition is caused due to deposition of fats and cholesterol into the wall of your arteries leading to a narrowing of its lumen, which in turn reduces the blood flow. Although atherosclerosis is generally discussed in association with the heart, this condition can also affect blood vessels in other parts of your body like the limbs and the brain leading to subsequent symptoms. PAD of the lower limb is more common than the upper limb.

There are several conditions which may increase the likelihood of PAD like: 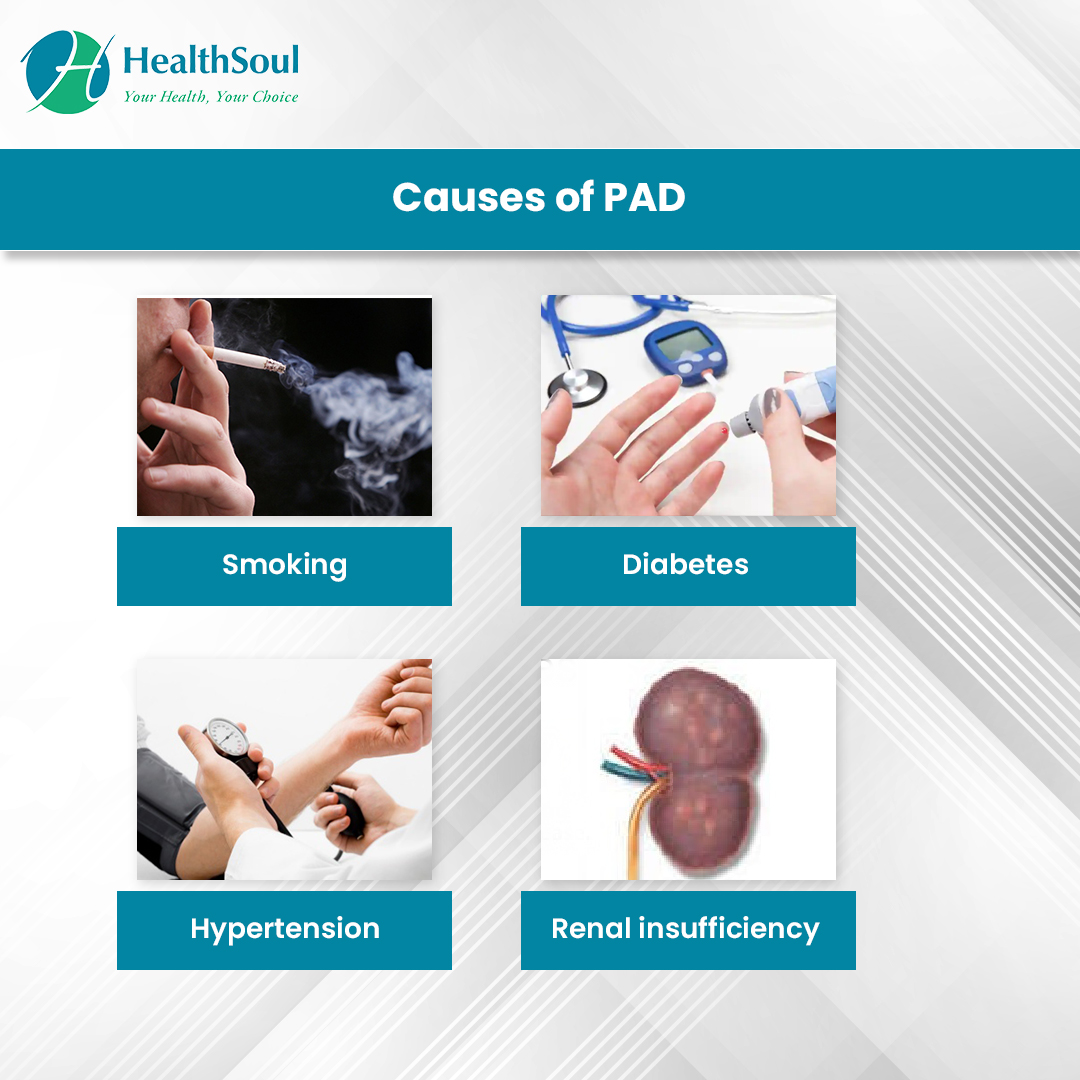 More than 50% of the patients with PAD are asymptomatic. The signs of PAD are: 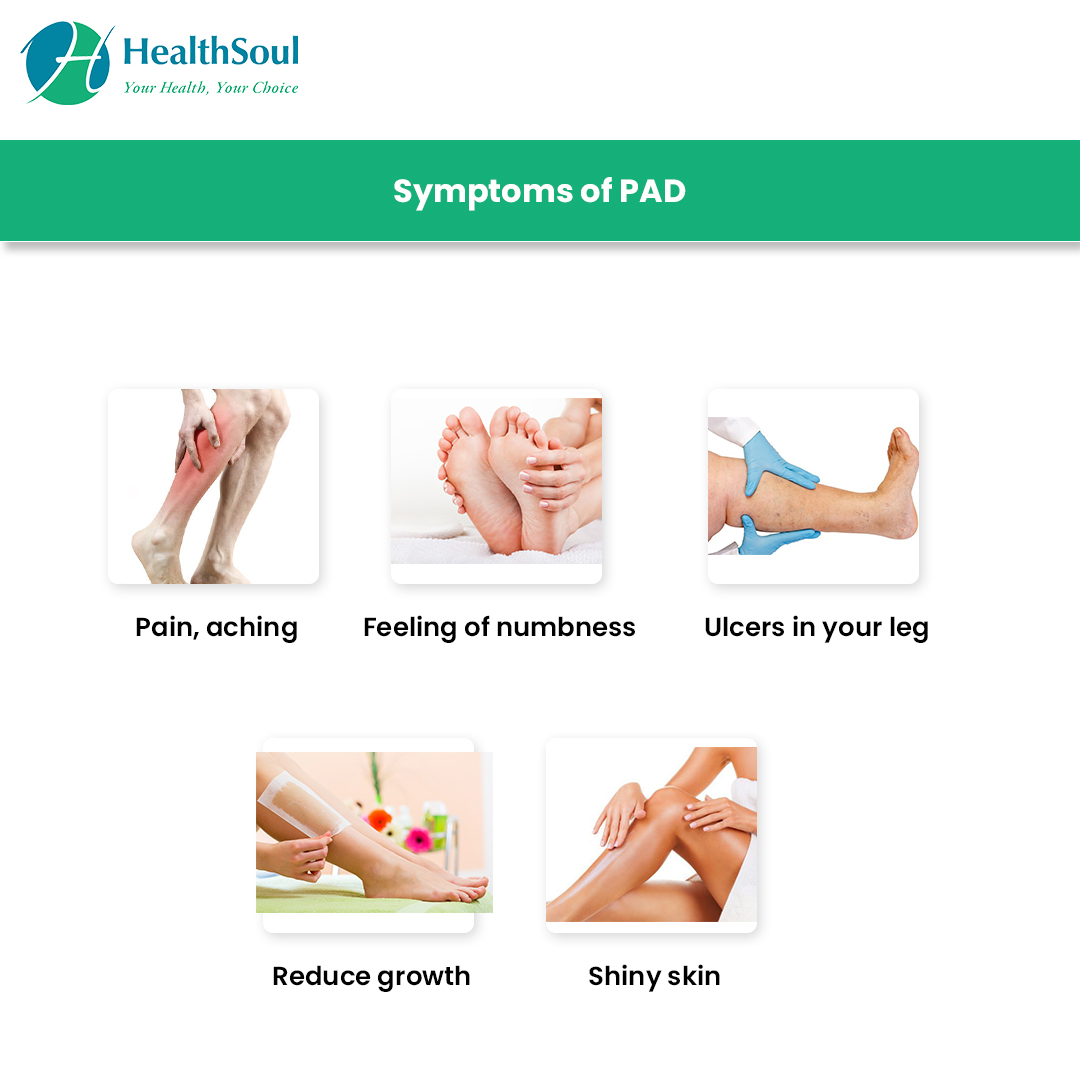 To diagnose PAD your doctor will first like to do a thorough physical examination in which might include looking for pulses in different parts of your limb, listening to the pulse with a stethoscope and looking for signs of reduced blood supply, like change in colour of your leg or ulcers which aren’t showing signs of healing. Other tests that your doctor may order for are: 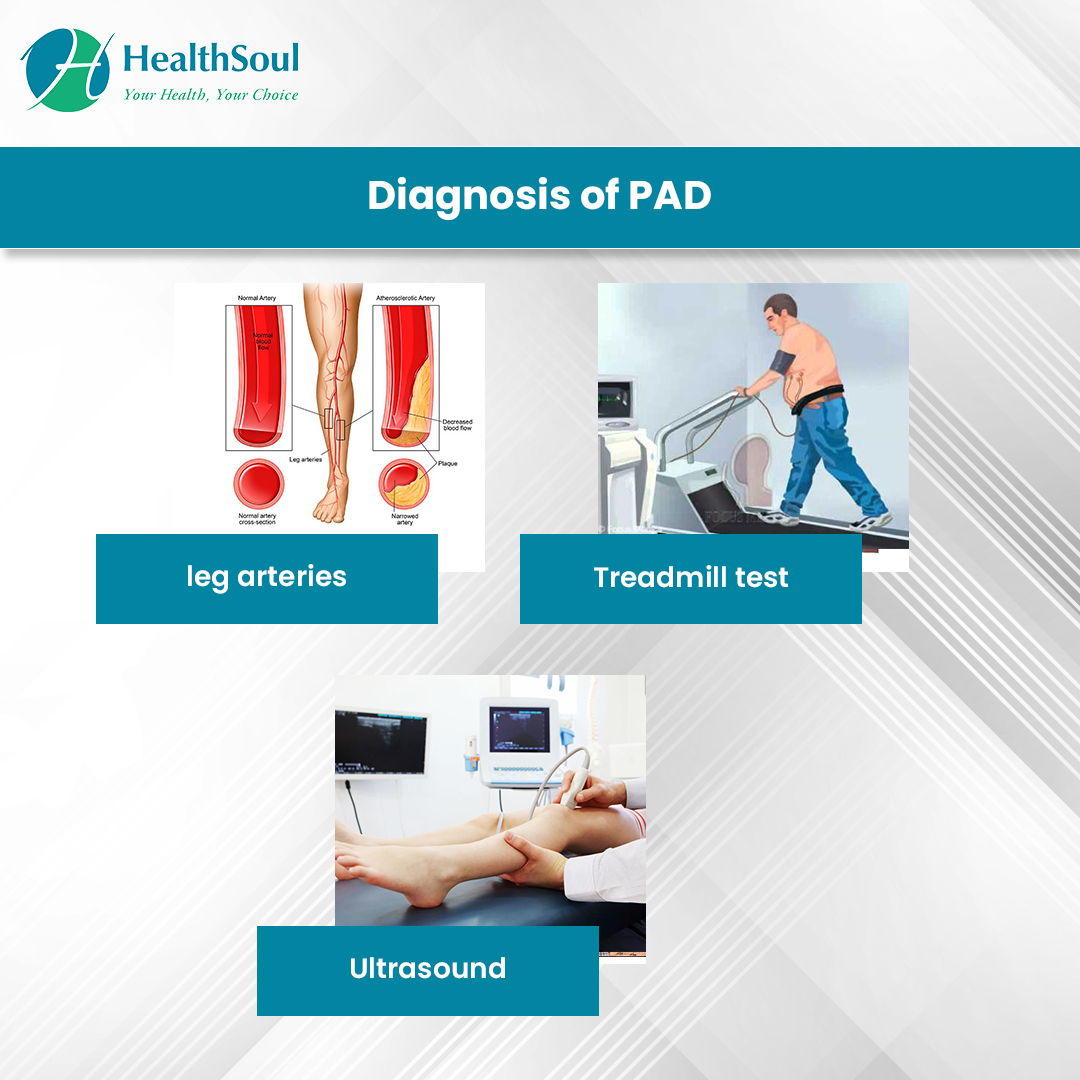 When the initial symptoms of PAD are ignored, the disease may gradually lead to:

Your treatment will depend upon the severity of your symptoms. The treatment aims to prevent cardiovascular events, improve the limb symptoms, and reduce the risk of developing critical limb ischemia.

The prognosis depends heavily on the extent of pre existing atherosclerosis (narrowing of artery) in the heart and the brain. Individuals with PAD have a 15-30% 5 year mortality and about a 2-6 fold increase in chances of death due to coronary artery disease compared to individuals without PAD. Nearly 70-80% of non diabetic patients remain symptomatically stable. Deterioration might occur in the remaining 20-30%, of which some will develop critical limb ischemia. Approximately 25-30% of patients with critical limb ischemia undergo amputation within a year.

Cardiac arrest is sudden and unexpected loss of heart function due to disturbance in electrical system of the heart. Cardiac arrest if not noticed and treate...

Learn About Vascular Surgeons: Diseases They Treat and When to see one?

What is a Vascular Surgeon?A vascular surgeon is a medical professional who has been trained to diagnose and treat diseases of the vascular system. The vascu...

Blood returns to the heart from the body via the veins. Veins are equipped with valves to ensure unidirectional flow of blood. Incompetency of these valves c...