‘Odontal’ means teeth and ‘peri’ means around so periodontal disease are those diseases which affects the structures around the teeth. These structures include the nonvisible inner parts like the periodontal ligament, cementum covering the tooth, the alveolar bone and the outermost visible parts that are the gums. The mild form of the periodontal disease in which only gum is affected is known as gingivitis but the serious infection can cause the other parts to become affected and is known as periodontitis which can lead to the tooth loss. The infection can be caused by the bacteria building up there due to poor oral hygiene. 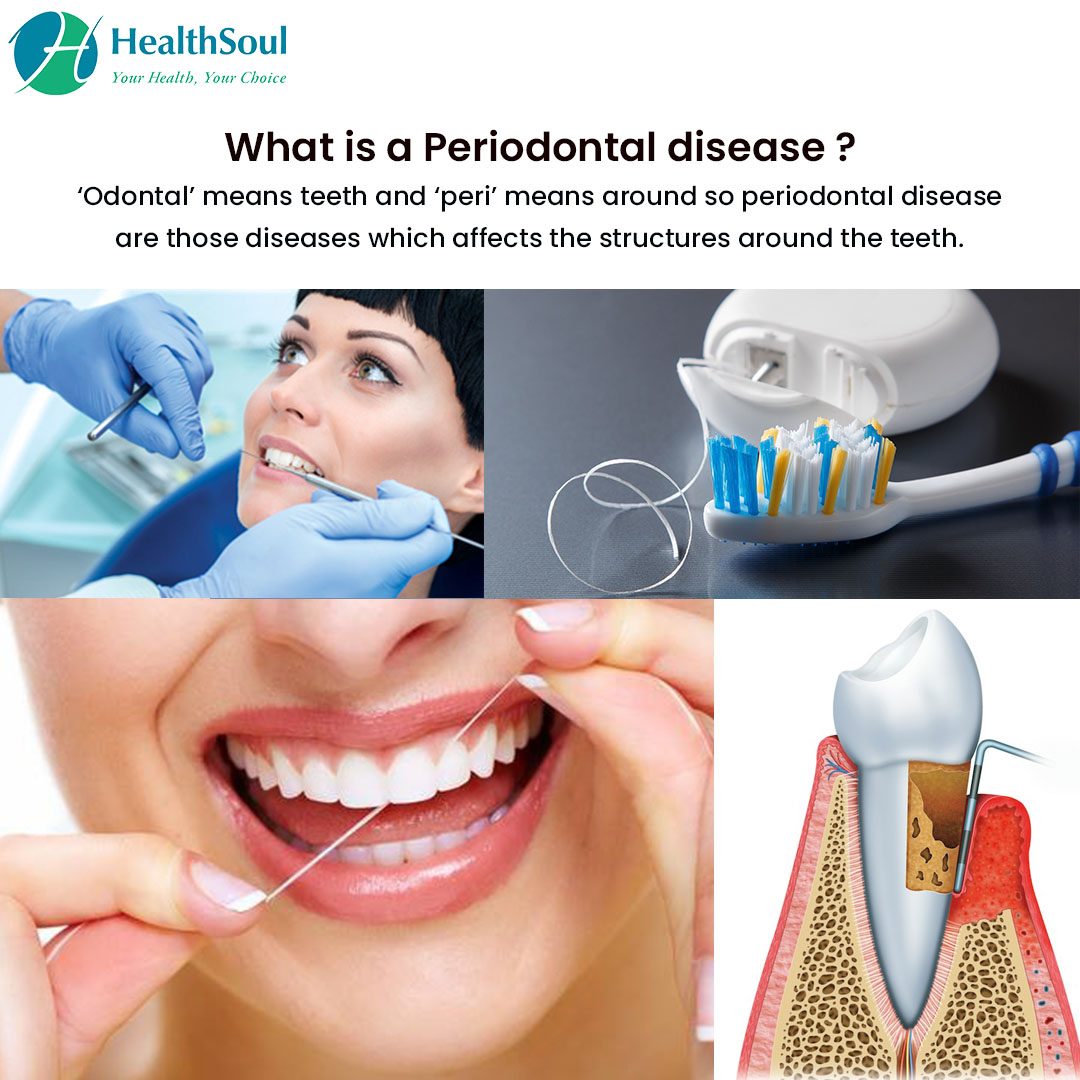 The most common cause is building of the plaque, if left untreated the bacteria can cause the infection starting from gingivitis and ending at the periodontitis

Building of plaques: plaque is a sticky deposit on the teeth in which bacteria proliferates. It can be removed daily by brushing and flossing daily.

Formation of tartar: if the plaque is not removed regularly then it converts itself into the tartar which cannot be removed by just brushing and flossing. You need to take the help of the dentist. Tartar gives rise to more and more problems.

Periodontitis: The inflammation caused by the plaque can widen the spaces between the teeth and the gums and the deeper parts of the tissue can easily be affected.  It can easily lead to pus formation 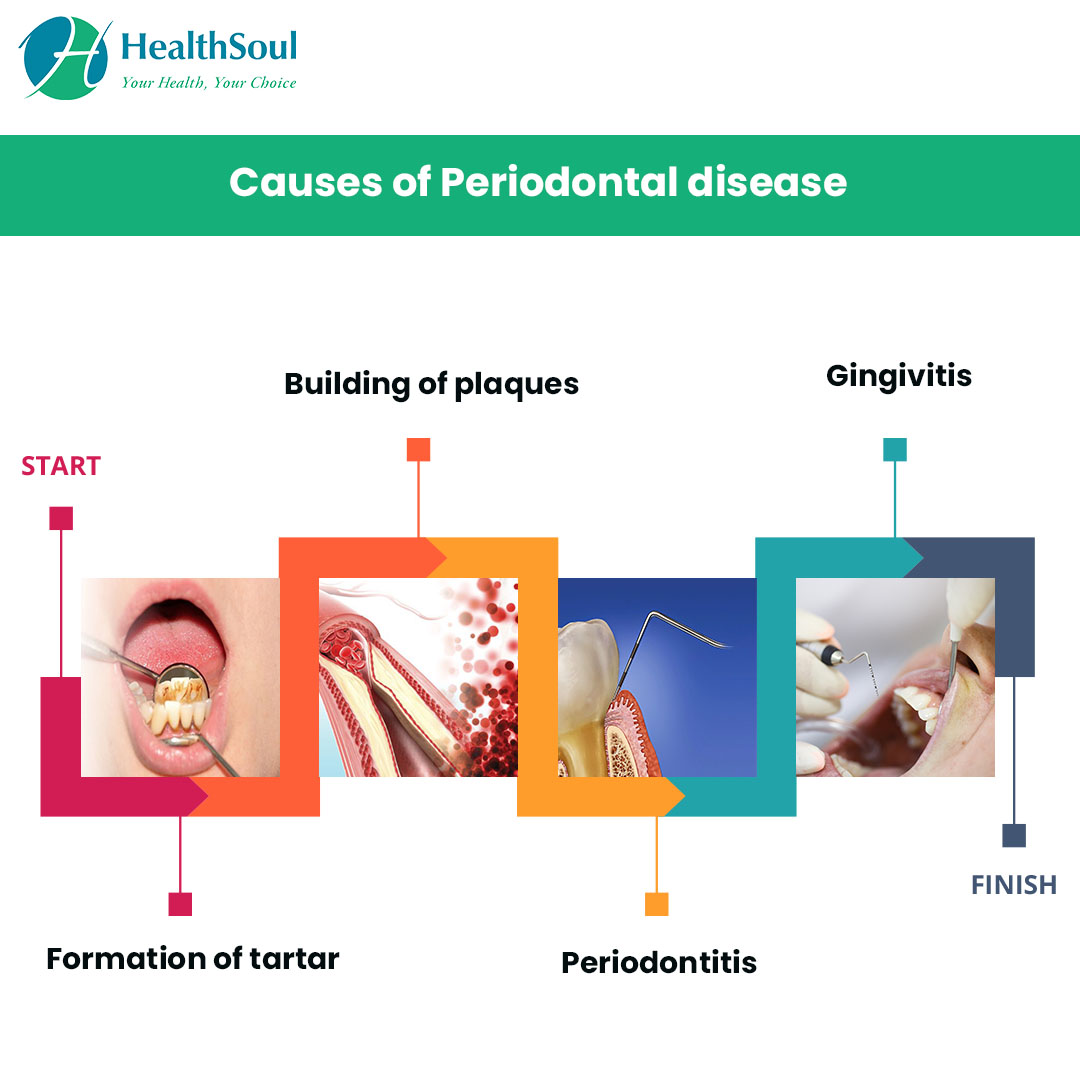 Trench mouth: it is very severe form of gingivitis characterized by painful ulcerations with death of the cells. It is also known as the Necrotizing Ulcerative Gingivitis(NUG)

Tooth loss: the ongoing infection can loosen the structure around the teeth and thus loosen the tooth. The loosened tooth needs to be extracted

Sepsis: The bacteria can evade the bloodstream and disseminate to the other organs of the body, thus leading to the systemic infection characterized by drop in blood pressure, fever or other symptoms 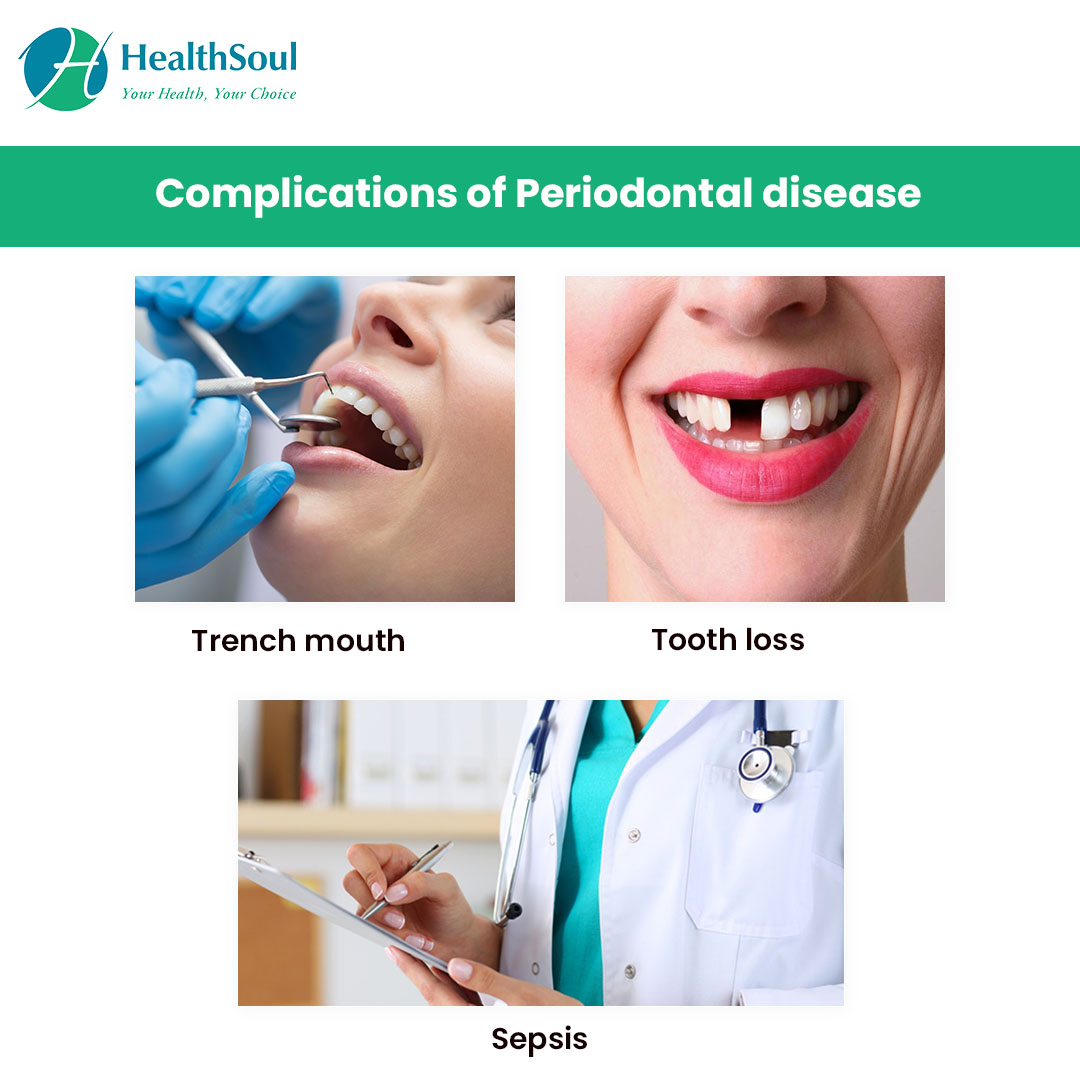 Medical history: your dentist will ask you certain questions about your eating, personal or brushing habits that will help to suspect the risk factor.

Dental examination: The dentist will look upon the conditions of the mouth. He or she will check for the presence of plaques or tartar

The goal of the treatment is to stop the progression of the disease, promoting the reattachment of the gums to the teeth, maintaining the good oral hygiene, decreasing the depths of the pockets. Treatment includes

Nonsurgical treatment: for mild periodontal disease like gingivitis, there is no need of any surgery. Simple removal of the plaque or tartar and maintenance of the oral hygiene is enough like

Surgical treatment: it is required in the severe periodontal disease in which the infection has reached to the deeper layers. It includes

What are the Healthy Habits for Dental Care

Taking care of your teeth is not something you do all in one day and then forget about. It takes consistency, time and knowledge of the best practices to mai...

The Role of Yearly Dental Visits in Prevention

The Benefits of Annual Dental VisitsThe American Dental Association recommends each individual visit the dentist once a year. This visit should include a reg...

What is a Dentist? Learn about Dentistry and Dental Health

What is a Dentist?Dentists are doctors who provides diagnosis and treatment of oral diseases included cavities, gum problems, root canal etc. Their office is...