With a population of just under 4 million in 2015, Panama ranks 132rd in the world by population and 120th by total area. The official language of Panama is Spanish. The currencies are the United States dollar and the Panamanian balboa.

Panama ranks 95th in world health ranking per WHO. In 2014, the total expenditure on health per person was $1,677, which is 8% of the GDP. Panamanian males have a life expectancy at birth of 75 years, and females can expect to live 81 years. There are 1.65 physicians  per 1,000 people in Panama as compared with 2.56 physicians per 1,000 people in the United States.

Panama’s 915 public hospitals and clinics are constructed by the Ministry of Health, which also owns 835 of the facilities; the other 80 are run by the Social Security System, which provides coverage to 84% of the population. Public facilities are free, and the government has invested millions to improve the infrastructure. However, long wait times are the norm due to a shortage of doctors and the outdated facilities, equipment, and infrastructure. Rural areas have even more difficulty, often having a lack of medical care, other than first-aid, available.

Panama also has 4 large private hospitals, offering excellent service and modern facilities. Most are affiliated with United States medical schools like Johns Hopkins and are located in Panama City. There are also a limited number of smaller private health care facilities. 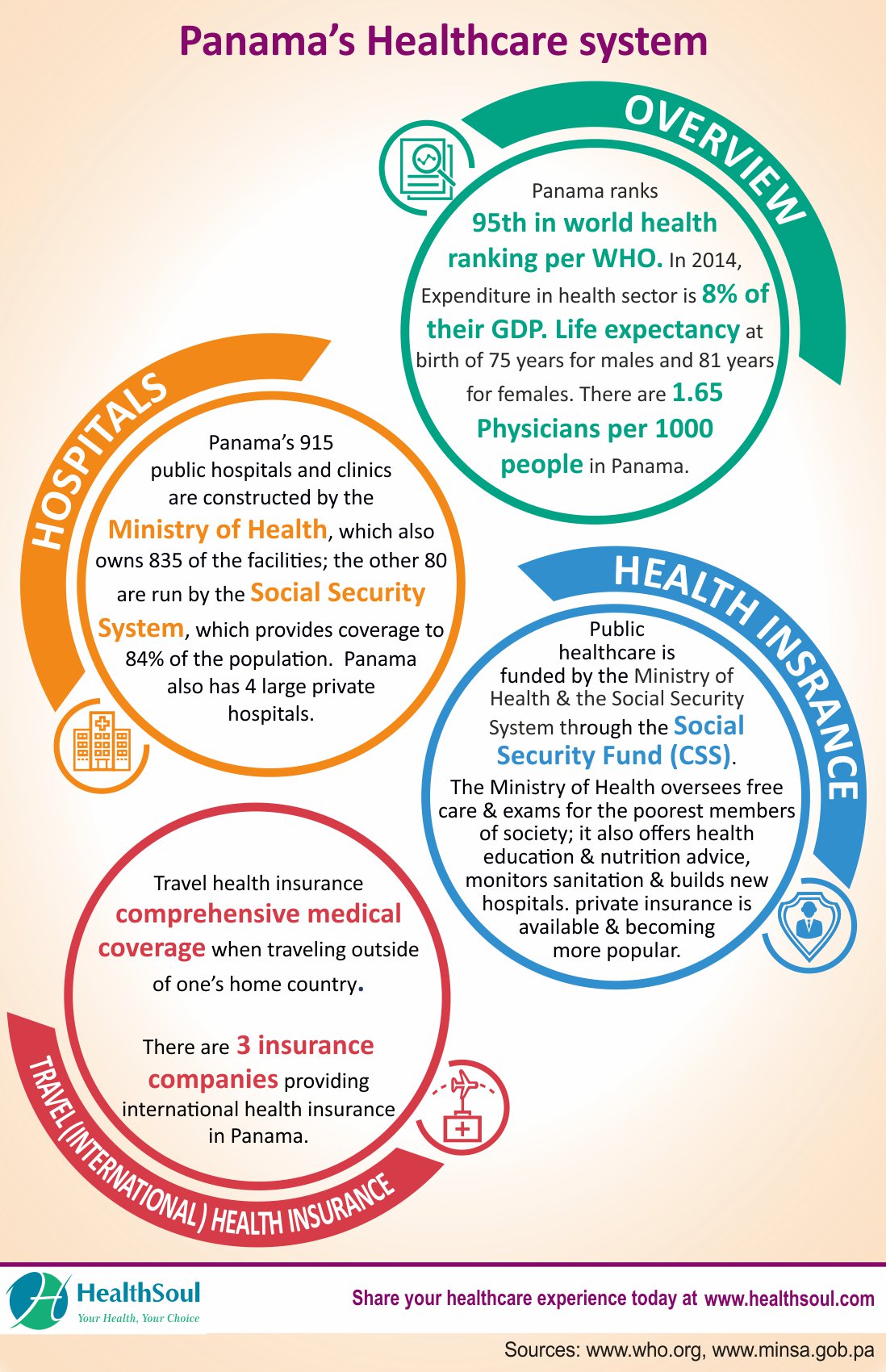 Public healthcare is funded by the Ministry of Health and the Social Security System through the Social Security Fund (CSS). The Ministry of Health oversees free care and exams for the poorest members of society; it also offers health education and nutrition advice, monitors sanitation, and builds new hospitals. On the CSS side, every employee contributes about 9% of their gross salary to social insurance. Public and private sector employees with an income above a certain level also contribute another 8% to their individual account.  Employers contribute 4.25% of every employee’s salary to social insurance, and another 4.25% to the individual account if applicable. The self-employed contribute 13.5% to both.  Together, the two cover nearly 90% of the population.

In addition, private insurance is available and becoming more popular.