Lovage is not a very common species of the wild plant. The botanical name of this plant is Levisticum officinale Koch. and belongs to the Apiaceae family. In the 9th century, evidence obtained that Lovage was one of the culinary and medical plants of the Capitulary de Villis. From centuries, Lovage gets a significant place in folk medicinal practice. It was well known carminative and stomachic.

During the period of the Middle Ages, the usage of Lovage in therapeutic purposes was evidential. This herbal plant was recommended to treat irregular menstrual cycle by stimulating the menstrual flow due to its emmenagogue property, flatulence issue due to its carminative property, and to treat various skin diseases. In the 11th century, the Schola Medica Salernitana had mentioned that the Lovage has skin lightening property and used as cosmetic preparation. Some country-specific application of this herb are as follows:

Apart from these folk medicinal applications, ethnobotanical research conducted in Lovage have proved the health benefits of this herb.

Mechanism of action of Phytochemicals present in Lovage 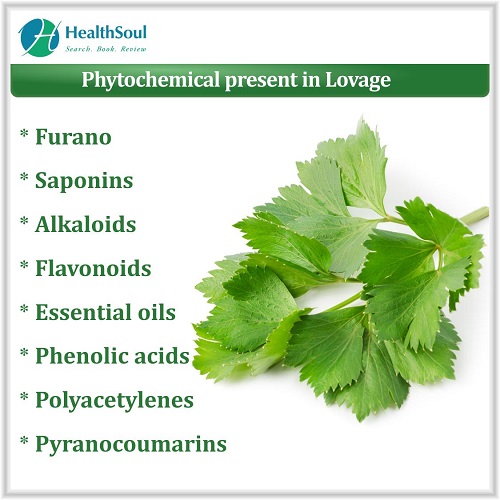 The essential oil is extracted from Lovage plant parts has a sweet, spicy aroma. This oil is collected through steam distillation. This oil is added in the cosmetic preparations like perfumes, soaps, etc. This oil is also used in massage therapy. Experts recommended Lovage essential oil should add with other carrier oil to avoid a direct application-related skin reaction. 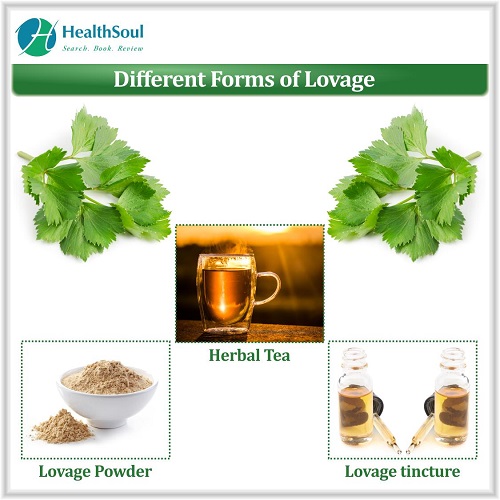 The anti-inflammatory property of Lovage helps to provide a soothing effect. This benefit is effective to subside the allergic irritation and also reduce the allergic reaction associated swelling. Phytochemical quercetin is sufficiently present in Lovage which acts as a natural histamine inhibitor. Lovage is an effective treatment of allergic rhinitis and provides symptomatic relief from a runny nose, itchy eyes, etc.

Good For The Skin

Lovage has an excellent expectorant quality which helps excrete out excess phlegm and accumulated mucus from the respiratory tract. Thus it clears out respiratory congestion and boosts breathing capacity. eucalyptol is a phytochemical present in Lovage helps to reduce respiratory tract irritation and reduces bronchial inflammation and bronchitis. Altogether these positive benefits have respiratory healing property.

Lovage has carminative property and reduces bloating symptoms by excreting excess gas. It smoothen the stomach and neutralizes the gastro-intestinal pH. It helps to reduce bowel irritation, normalizes peristaltic movement.

Irregular menstrual flow can be solved with this herbal remedy. Menstrual cycle associated bloating and cramps also minimized with Lovage treatment. The nutritional components of Lovage help to maintain the energy level during the period of menstruation.

Lovage has acted on the GABA receptor and exerts a psychologically calming effect. Thus it acts as an anxiolytic and relief psychological stress. 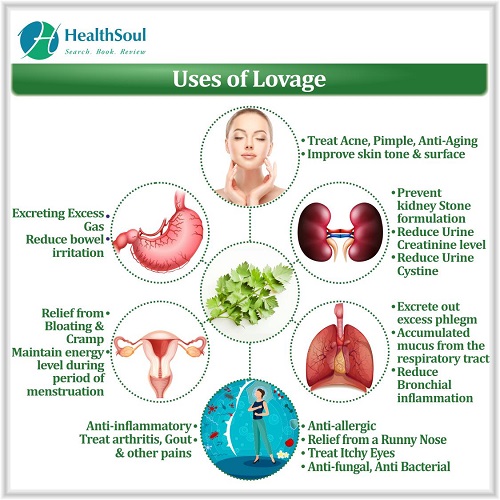 Side Effects and Precautions

The conducted clinical trial did not report any Lovage treatment-related complication. But the trial was conducted on a small scale, therefore the detail safety profile is unknown. Some individual reported Lovage consumption increases the incidence of photosensitivity. Experts recommended a moderate dose of Lovage administration to avoid unwanted side effects associated with a higher dose of medications.

Experts do not recommend to use Lovage preparation for children or adolescent due to the lack of human study details and safety profile analysis. Experts also suggested not use this herbal preparation for pregnant and lactating women to avoid unnecessary complications.

There are no details found about drug-herb interactions. But the presence of coumarin in Lovage imparts an anti-coagulant property. Therefore, it can increase the risk of bleeding. Herbalist suggested not to intake Lovage preparation with anticoagulant medication like warfarin or after any surgical intervention. 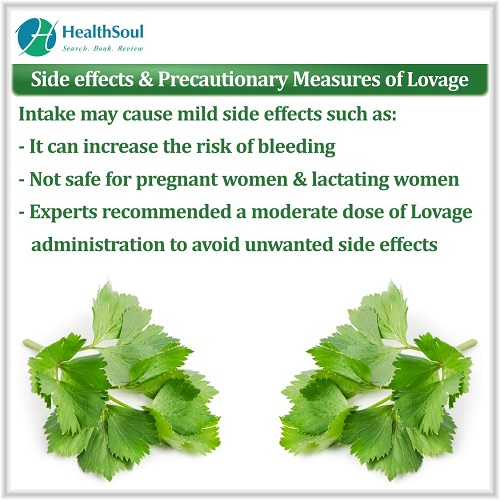