Enteroscopy is a procedure used to visualise the small intestine. A small thin tube like device called an endoscope is used. Enteroscopy can be used for visualisation and also for taking a sample of suspicious tissue from the small bowel. The enteroscopy can be anterograde (from the mouth) or retrograde (from the rectum) depending upon the part of the intestine that needs to be evaluated. 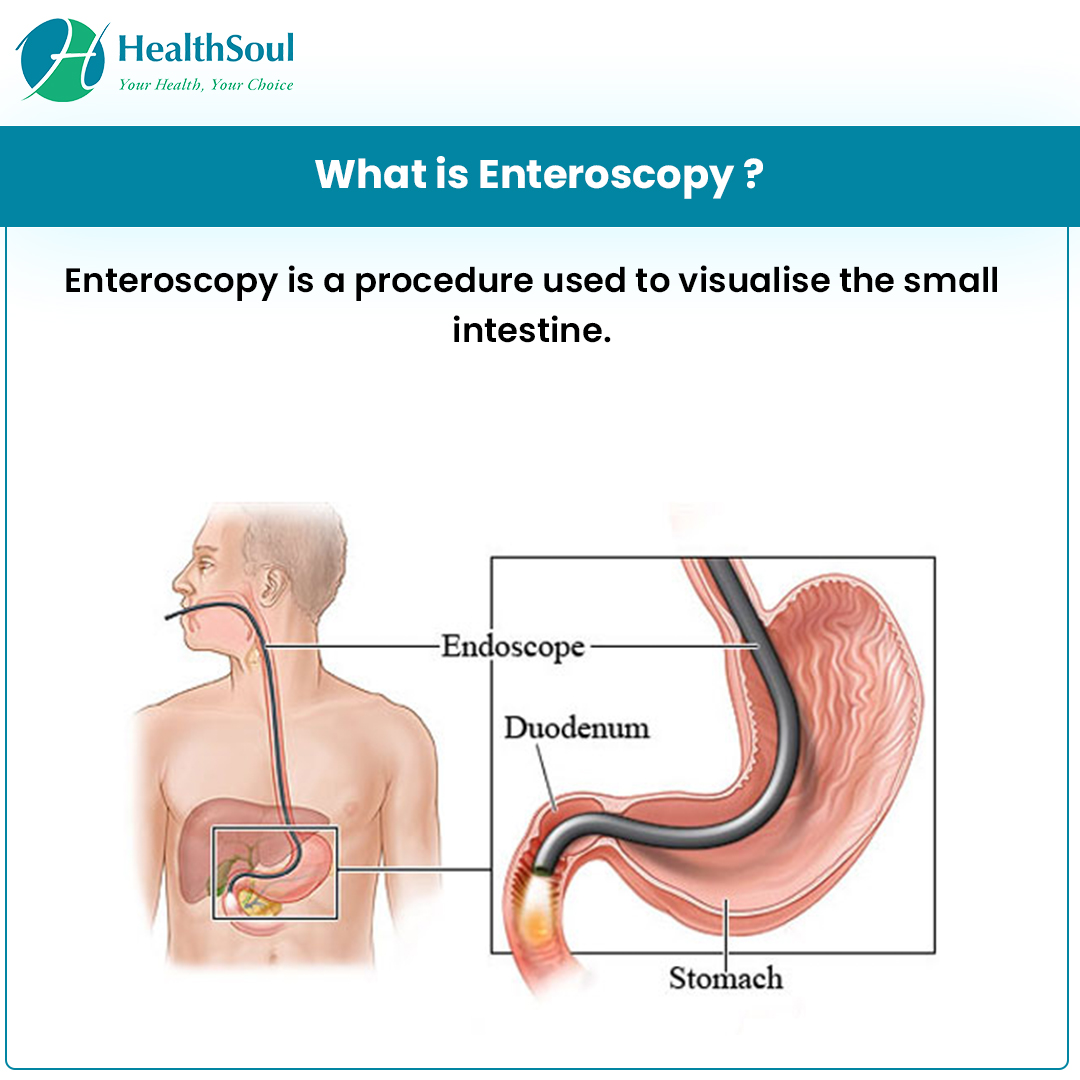 For the anterograde enteroscopy your doctor will numb your mouth and throat with the help of an anaesthetic spray or a lozenge to prevent gagging. You will be required to stay alert during the procedure because your doctor may ask you to mimic swallowing to help the passage of the enteroscope from the mouth to the food pipe to the stomach and finally to the small intestine. If an abnormal growth is found during the procedure, your doctor may take a sample for further evaluation.

The retrograde enteroscopy is performed by the insertion of the endoscope into the small intestine via the anus and rectum and the large intestine. You may be given a mild sedative to help you relax during the procedure. If an abnormal looking tissue is encountered during the procedure your doctor may take a sample for histological examination.

An enteroscopy is indicated when a problem in the small intestine is suspected like: 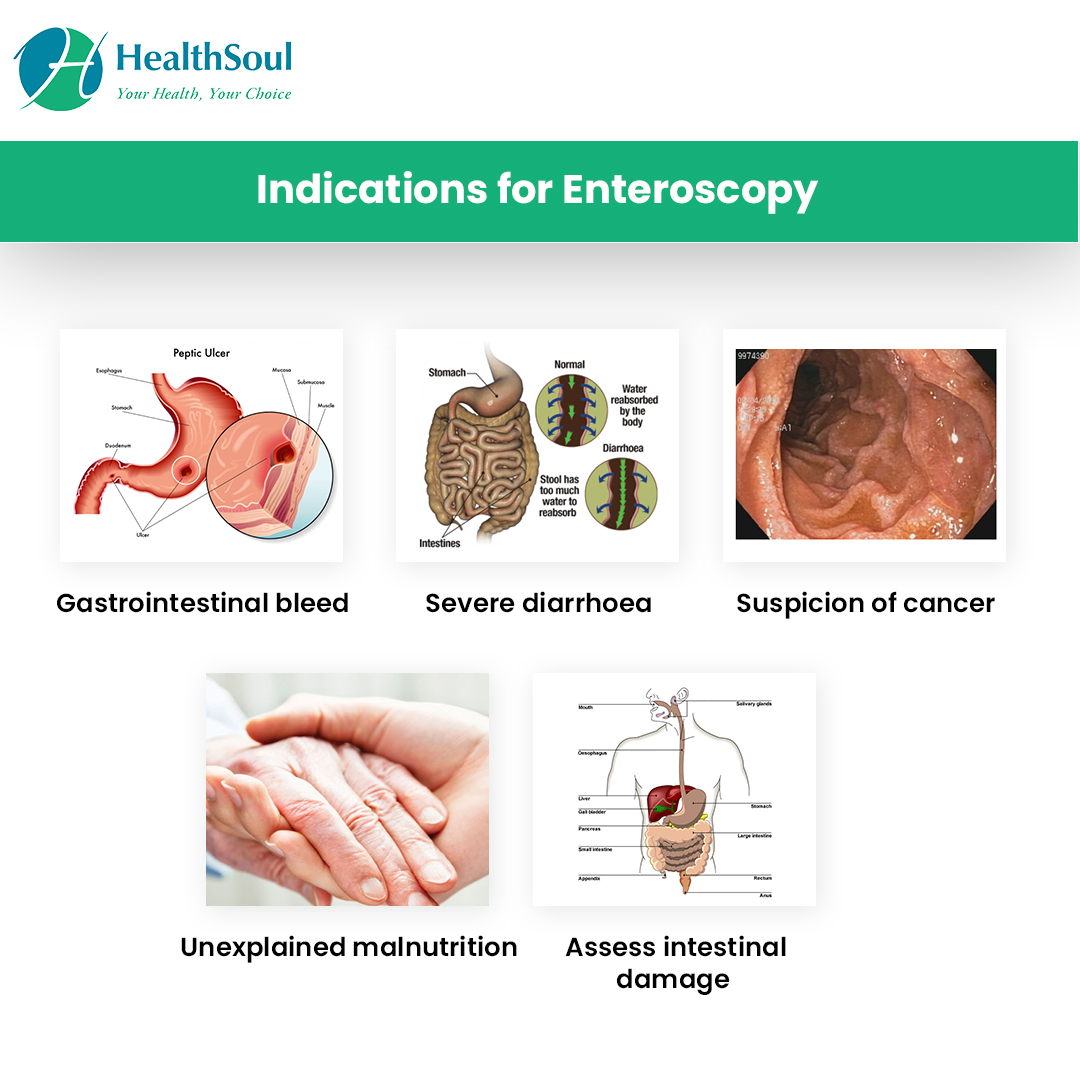 To prepare for an enteroscopy your doctor will ask you to stop eating and drinking the night before the procedure. If a retrograde enteroscopy is to be done your doctor might prescribe laxatives to clear the colon of stool. Your doctor would like to know about the medications you are currently taking and may advise you to stop taking some of them like blood thinners to prevent excessive bleeding from the site where tissue sample is obtained. You are advised to inform your doctor about any family history of bleeding disorders or any allergies to local anaesthetics or sedatives. You are advised to arrange for someone to drive you home because the effect of the sedative take time to wear off.

The complications seen in enteroscopy are:

Mild side effects seen after the procedure include

After an anterograde enteroscopy you may experience sore throat and bloating which will resolve on its own in a few days. You will be allowed to return home as soon as the procedure is over.

Following a retrograde enteroscopy you may feel a bit groggy as the effects of the sedatives given to relax you wear off. You are advised to arrange for someone to drive you home after the procedure.

Visit your doctor immediately if you notice

Hemorrhoids: A Source of Pain and Blood

What is the Best Diet for Inflammatory Bowel Disease (IBD)?