Meningitis is a condition in which the protective membranes surrounding your membranes become inflamed which means they swell up. These membranes are known as meninges. Inflammation is the natural response of the body organs or tissue against a harmful stimulus. It is called as bacterial meningitis when it is due to pus producing bacterial infection. It is called aseptic when the meningitis is caused by an etiology other than pus producing bacteria. Therefore, the term aseptic is misleading. Most often the cause is a virus. Therefore, in many places, the term viral meningitis and aseptic meningitis are used interchangeably. Aseptic meningitis is more common than bacterial meningitis and less severe having symptoms such as fever, headache, etc. but still management is required to prevent any complications.

The incidence of meningitis has been reported as 11 per 100,000 person-years.

Since infants and toddlers are not able to speak about their pain, they may show 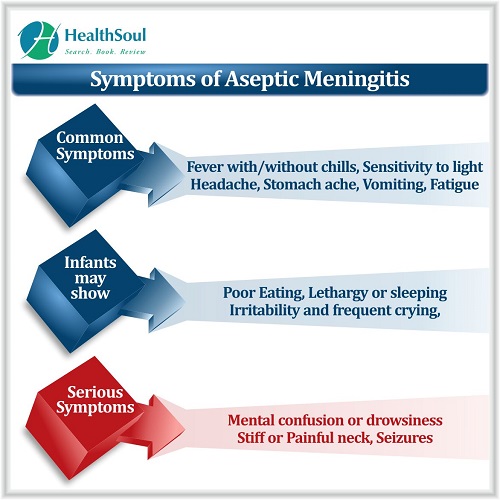 Infectious cause: it includes viruses, bacteria, fungus and parasites. Viruses like enterovirus are the most common cause of viral meningitis. About half of all the cases of aseptic meningitis are caused by these common seasonal viruses. A person can get infected when he or she comes in contact with the fecal matter, cough or saliva of the already infected person but only few of the infected people develop meningitis 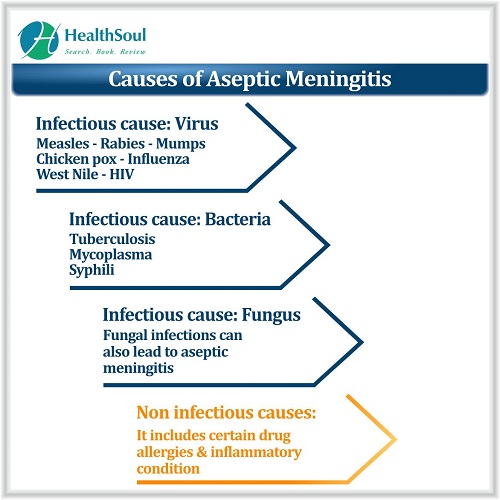 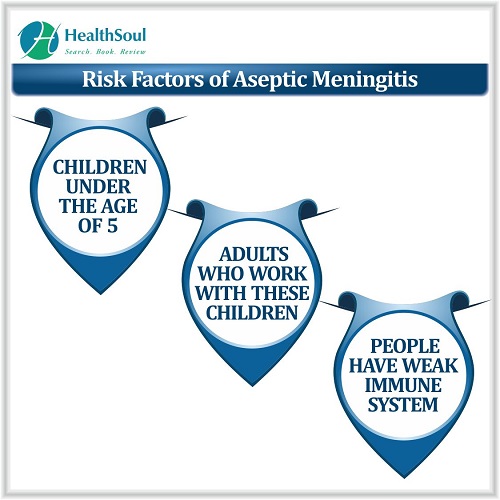 Though the symptoms of aseptic meningitis can be mild and may resolve on its own but you should seek the help of the doctor because without the medical examination it would be difficult to tell what type of meningitis it could be. Therefore, it is important to diagnose the cause of meningitis as aseptic as the treatment modalities will differ if it is caused by bacteria or any other organism. A doctor will first ask about the questions related to the medical history of the patients and perform a physical exam to check the severity of the symptoms. Your doctor may also order some tests which may help him to differentiate between aseptic and septic meningitis like

Blood culture: it will help to detect the presence of any bacteria or any other organism which may be the cause of meningitis

Spinal tap: it is the most reliable test which can confirm whether the person has meningitis or not. If yes then which can be the cause. The procedure includes taking a sample of the cerebrospinal fluid from the back of the spine which bathes the spinal cord, brain and the meninges as well. The fluid sample is further analyzed for the presence of any infective organism, biochemical abnormalities like elevated proteins or cytological abnormalities like elevated cell counts. 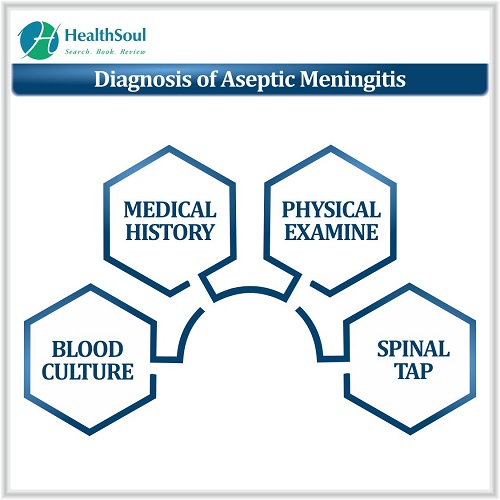 It varies according to the cause of the aseptic meningitis. Most people with viral meningitis get recover on their own requiring only supportive measures like proper rest, plenty of fluids and symptomatic medications such as analgesics, anti-inflammatory.

For the fungal infections and specific viruses like herpes, your doctor can prescribe specific medications.

There are vaccines available against viruses like chicken pox and mumps which can protect the child. 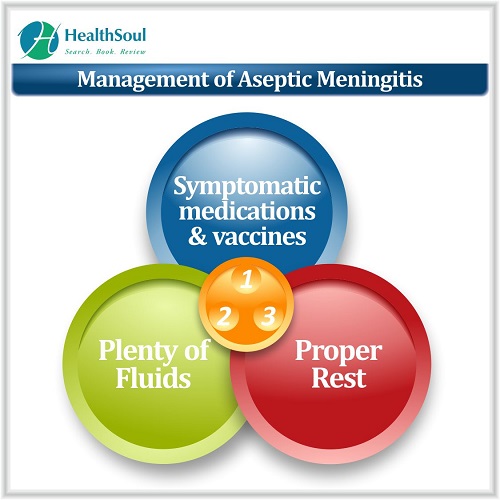 The majority of cases of aseptic meningitis get resolve on their own within two weeks of the onset of symptoms with adequate supportive management. Rare complications like brain infection are more likely to occur if you don’t seek treatment of the condition or in the people with weaker immune system.

Meningitis is an inflammation of the fluid and membranes that surround and protect the brain. It is often caused by a viral infection, but bacterial and fung...