Esophagus is a muscular tube or food pipe that carries the food and liquid from the mouth to the stomach. Achalasia is a rare medical condition which affects the functioning of your esophagus and makes difficult for your swallowed material to pass below and it keeps on accumulating in the food pipe. Patient generally complains of difficulty in swallowing, chest pain etc. The incidence of achalasia is approximately 1 per 100,000 people every year. There is no permanent complete cure for achalasia but it can be managed symptomatically.

Symptoms and Signs of Achalasia 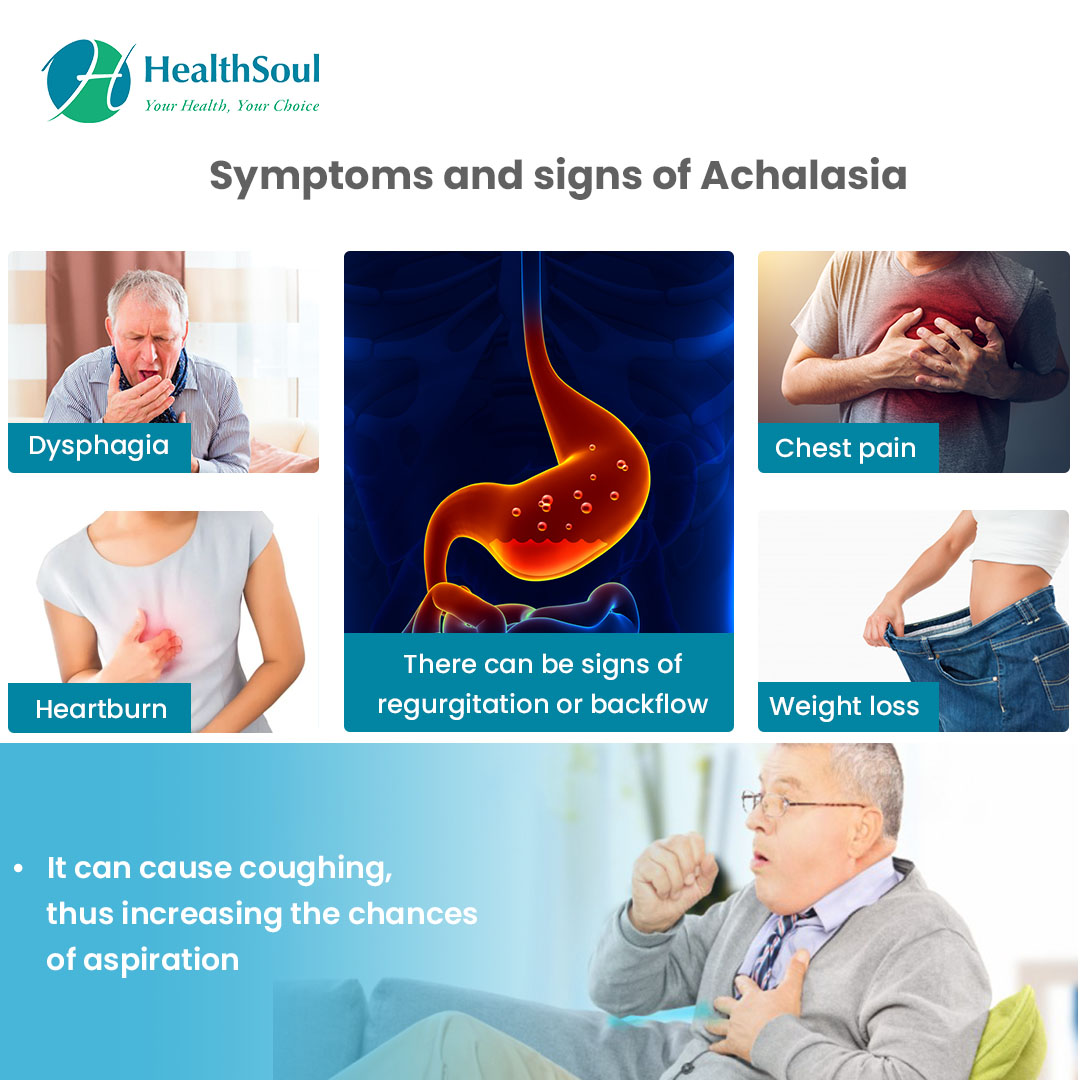 When you swallow your food, there are rhythmic and pulsatile contractions of the esophagus wall muscle which cause the food to move ahead, this is known as peristalsis. It is followed by the relaxation of the lower esophageal sphincter (circular muscle which act as a valve) which allows entry in the stomach. In achalasia there is absence of esophageal peristalsis. It is seen that there is also failure of relaxation in the lower esophageal sphincter in half of the patients. This is due to the lack of some specific type of nerve cell that are responsible for the normal functioning of these muscles. 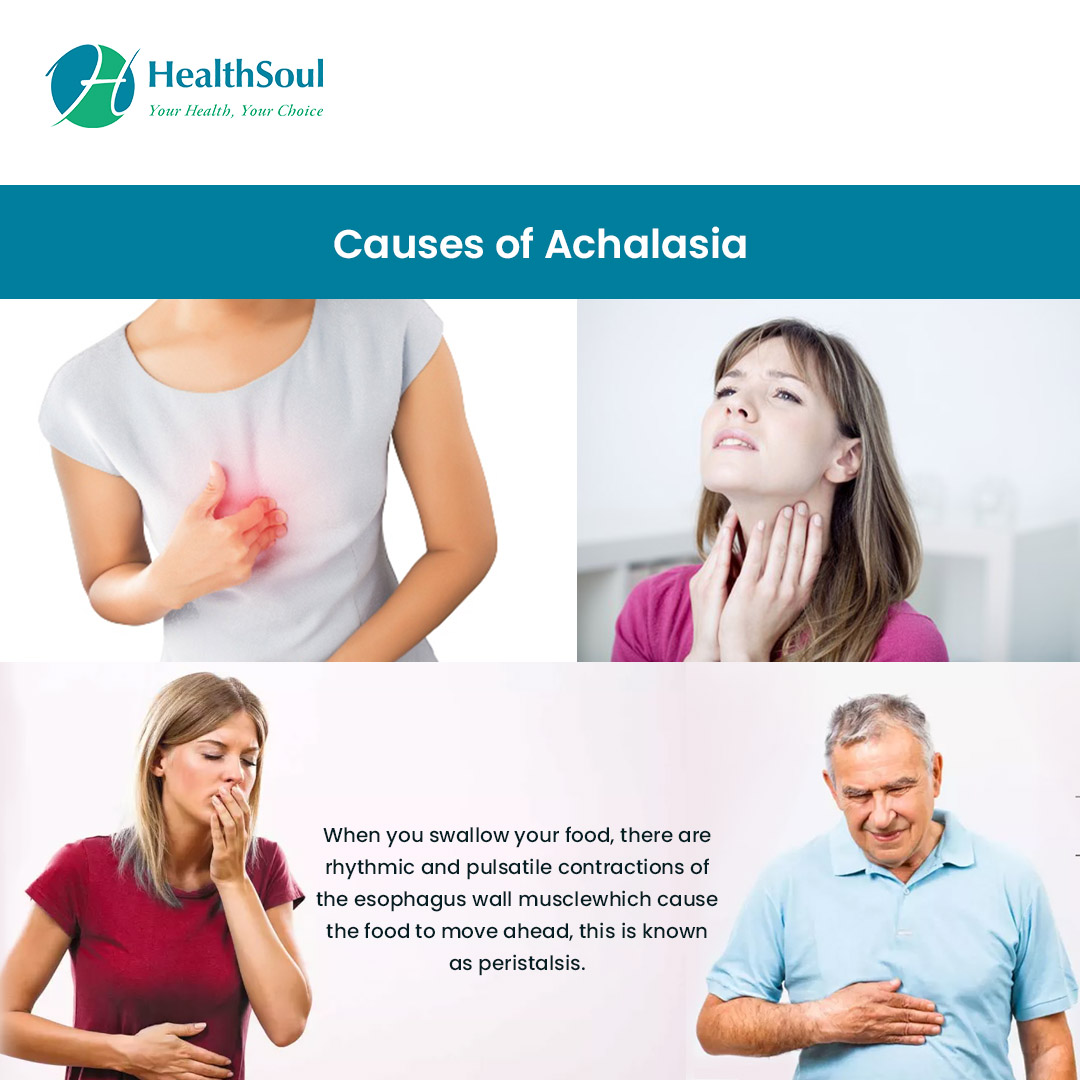 Medical history: Basically, your doctor will ask you complete details about your symptoms. The symptoms worsen over time. First the patient found it difficult to swallow the solid food and later on liquids. It has symptoms similar to many other digestive disorders, therefore tests are always required.

Esophageal manometry: A tube is placed in your esophagus while you swallow. This tube is a sort of pressure measuring device which records the muscle activity of your esophagus. The muscle tone of the lower esophageal sphincter(LES) is found increased un patients of achalasia

Barium swallow: The patient is given a liquid to drink which contains barium compound that coats the lining of the digestive tract. The fluid is visible on the X- ray and therefore only that part of tract is visible where fluid has reached. It can be used to locate the position of the defect. In patients with achalasia, x-rays show that the LES is not relaxing completely.

Endoscopy:  Endoscope is a tube with a camera and light attached to it. It is passed down your throat to look for any abnormalities in the esophagus. 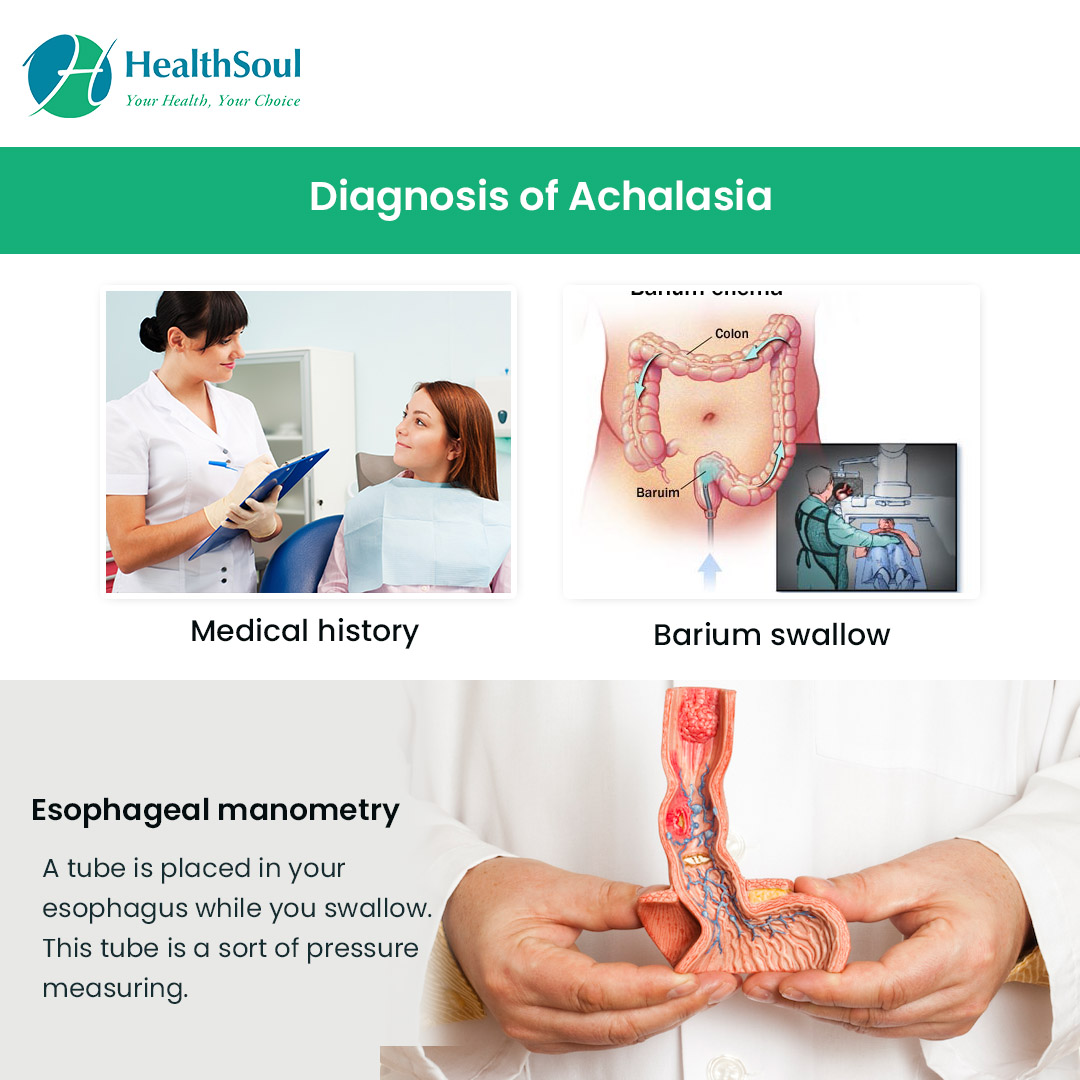 As already described there is no permanent cure of achalasia but it can be managed. The main approach is to reduce the tension of the lower esophageal sphincter, which will make some space for the food to pass on. There are both surgical and non-surgical ways and the initial therapy choice is based on the patient sex, age and preference.

Surgical treatment: This is generally advised for the younger patients and it includes

There are other surgical methods also available depending upon the choice of the physician and condition of the patient.

If these above options are not working, then medications such as Nitrates or Calcium Channel Blocker can be used. These are taken in form of pill before eating. These can have severe side effects.

About 85 percent of people haves sustained relief even after 10 years of surgery. Some physicians prefer surgery as a more definitive treatment than pneumatic balloon dilation or botulinum toxin.

Hemorrhoids: A Source of Pain and Blood

Hemorrhoids are also referred to as piles, and they are swollen blood veins in the rectum. They can be caused by many things and can range from mild to sever...

H. pylori, also known as Helicobacter pylori, is bacteria that infects your digestive tract. Over time, it may result in sores, or ulcers, developing along y...

During the month of March, awareness is raised about colon cancer since it is one of the most common types of cancer in the United States. While it used to b...